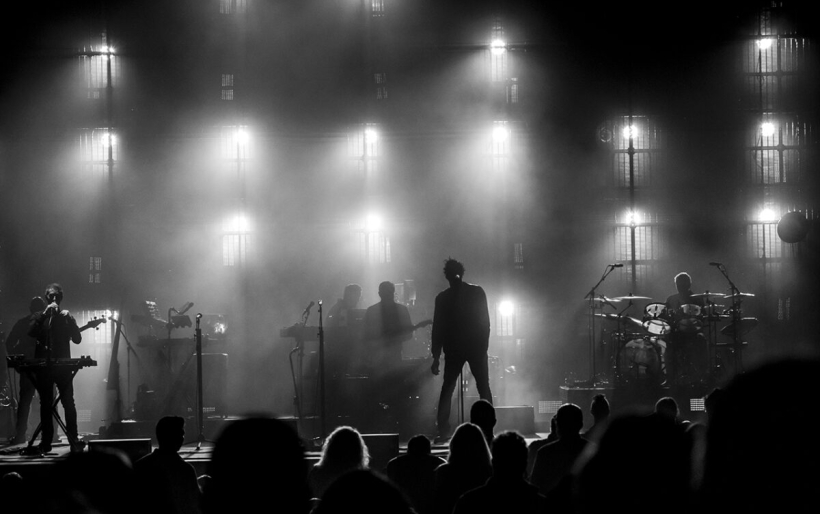 Massive Attack is back. Though the Bristol trip-hop group, helmed by Robert Del Naja, has remained active through the 2010s, this EP — titled Eutopia — is their first instance of new music since their 2016 EP, Ritual Spirit. Featuring generative visuals by Mario Klingemann, Massive Attack (and Algiers, Saul Williams, and Young Fathers) explore how the COVID-19 pandemic has exacerbated already frightening international socio-economic issues.

None of the three tracks on Eutopia have names. Instead, they’re defined by their tags on the YouTube-hosted music videos: #climateemergency, #taxhavens, and #universalbasicincome. These songs don’t have any sort of traditional vocals, either. Instead, experts in each of the respective fields discuss each issue and how it has been worsened by a global pandemic. Though tonally, each of the music videos are quote dystopian, the respective experts offers solutions to the respective issues they discuss. Similarly, Massive Attack has described “the spirit of this EP” as having “nothing to do with naïve notions of an ideal, perfect world, and everything to do with the urgent & practical need to build something better.”

Furthermore, each song ends with a quote from Thomas More’s Utopia, a 16th century novel that explores the sociopolitical organization of a fictional island called “Utopia.” Usually considered a political satire,the meaning and target of the novel’s wit is debated. Regardless, each quote is a knockout blow to the sobering art presented by Massive Attack and their collaborators.

The first track, #CLIMATEEMERGENCY, features production assistance from Algiers. Christiana Figueres, former Executive Secretary of the UN Framework Convention on Climate Change (UNFCCC) and one of the key designers of the 2015 Paris Agreement, explains how the COVID-19 pandemic has exacerbated food inequality and worsened the climate crisis. While she’s talking, a harsh buzz cuts through the mix, not unlike a blaring siren, warning of impending doom.

Next, Gabriel Zucman (UC Berkeley professor of economics) discusses the harsh economic side effects that offshore tax havens have on capitalist economies. “The international tax haven system syphons off $700B in profits each year from sovereign states,” he explains, over a beat by Massive Attack and Saul Williams.

The final song discusses the concept of universal basic income, with Guy Standing, a Professor of Development Studies at the School of Oriental and African Studies (SOAS), University of London & co-founder of the Basic Income Earth Network (BIEN). One of the leading economists behind the concept of UBI, Standing is notable for his book Battling Eight Giants: Basic Income Now. In the Eutopia track, he discusses this same concept, outlining the eight greatest threats to economic stability. The COVID-19 pandemic, he argues, could become the ninth giant.

Toni Morrison famously argued that “all good art is political.” Eutopia isn’t just good art, and it isn’t just political. Massive Attack has taken the medium of music, weaponized its mainstream accessibility, and fired a desperate flare to call for help. Eutopia is a warning sign for a world on the precipice of destruction, a harsh look at a dire future, and an urgent plea for change.