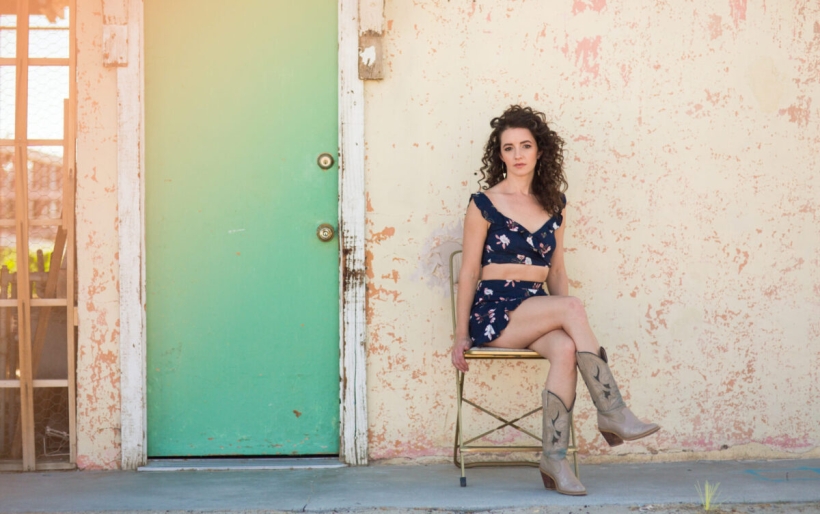 Michaela Anne | photo by Matt Wignall | courtesy of the artist

“Burn My Bridges” is a grooving country number, with a honky-tonk piano riff, a fun guitar lick into the bridge, and tons of twang. It upends the genre conventions that praise hard-drinking nights, as the narrator tries to turn her life around. Anne says of the song,

There was a stretch of time in my life that I was partying a little too hard, a little too often, in my personal opinion. I remember waking up one morning with another terrible hangover and thinking, I just can’t keep living like this. My next thought was, ‘I should write that song,’ immediately followed by, ‘Rodney Crowell already wrote that (Ain’t Living Long Like This).’ Shortly after, I got together with my buddy Jeff Malinowski to write. He showed me this chorus he had started called “Burn My Bridges.” It felt serendipitous. Like he had already started the song that was ringing in my head. We finished it that day. And I love that we were able to tip our hats to Rodney’s classic song with a line in the second verse. No matter what direction I explore musically, it always feels so good to come back to what feels like a fun dance honky tonker.

In lieu of its traditional in-person XPNFest, the XPoNential Music Festival Summer Celebration will wrap up this weekend with three days of full sets from XPN favorites. Michaela Anne will be performing a new, exclusive set on Sunday, July 26 at 5pm ET. Additionally, the artist has been doing a series of Instagram and Facebook Live concerts titled “A Livestream From Here, For…,” donating half of her tips to a different charity each week.

Listen to “Burn My Bridges” below.