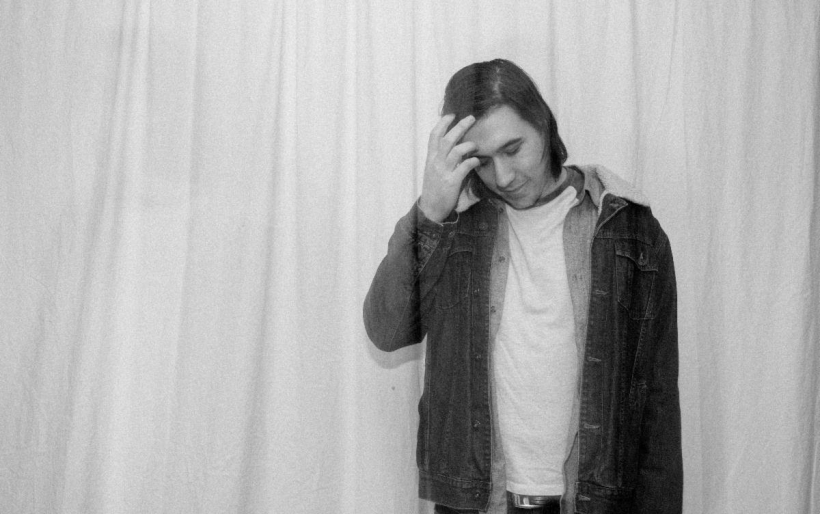 Maxwell Stern | courtesy of the artist

Local singer-songwriter Maxwell Stern, known for his work in Signals Midwest, Meridian, and Timeshares, announced his debut solo album this week. Impossible Sum will be out September 25 via Lauren Records, and in the meantime, fans can enjoy the LP’s first single, “Born At The End Of The Year.”

As his first solo record, Impossible Sum presented Stern with a chance to work outside of the emo and pop-punk genres that he navigates in his bands.”When I’m in the mode of writing for a band, everything gets filtered through a particular lens or genre, or I present certain ideas that I know will play well with specific band members,” he says in the album announcement. “So I really tried hard to throw that kind of thinking out for the sake of making something different.”

Performing without a band also allowed Stern to play with instrumentation. He and producer Kyle Pulley at Headroom Studio worked on different arrangements, “getting into the idea of leaving space, not just adding parts because you have them,” until each song felt right. “Some of the most rewarding moments on the record for me,” Stern says, “are instances where we stripped everything away.”

“Born At The End Of A Year” encapsulates the desire to expand and change set to resonate through the whole record. “This song is about relocating for the purpose of reinventing yourself and, upon settling into that new place, concluding that you’re still mostly the same person,” says the artist. “I feel like everyone’s done something like that to a certain extent. Now that I’ve been in a new city for a couple years, I’ve found that many of the things I was trying to run away from are actually things I like most about myself, my hometown, and my support network. It continues to surprise me, which is how I got the line, ‘There are rooms in this house that I’m still finding.'”

Listen to “Born At The End Of A Year” below.