Isolation takes its toll on Ron Gallo in the "WUNDAY" video; new album PEACEMEAL is out in October - WXPN 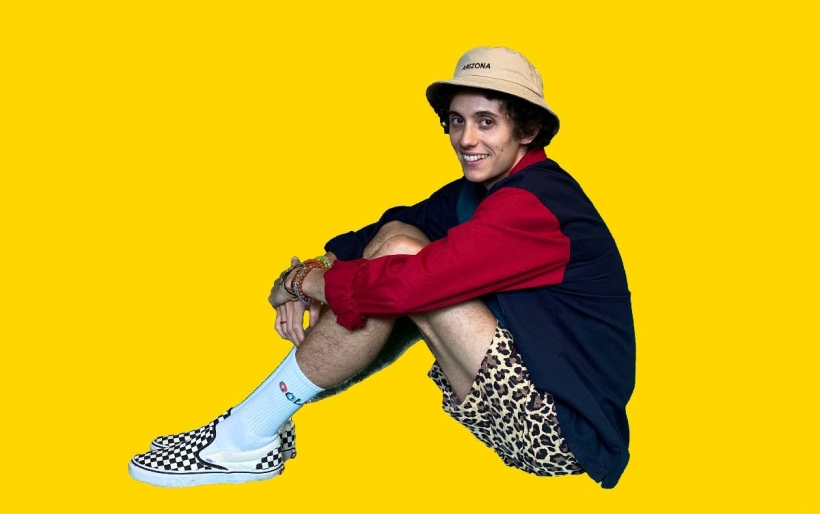 Ron Gallo | photo by Chiara D’Anzieri | courtesy of the artist

Isolation takes its toll on Ron Gallo in the “WUNDAY” video; new album PEACEMEAL is out in October

“WUNDAY,” and the rest of PEACEMEAL, were written during three months of self-isolation last summer with his wife and collaborator Chiara after immigration sent them back to America from Italy. The video is a neon beacon of isolation, featuring Gallo going grocery shopping and sitting alone, his excitement degrading into boredom and frustration the longer he remains alone. Chiara appears as almost a heavenly figure, her face superimposed over a cloudy sky.

Gallo says that “WUNDAY” is “an introvert summertime party jam celebrating alone time and isolation, but then after too much solo time starting to go crazy. I think I wanted this song to sound like Will Smith’s outfits in Fresh Prince of Bel-Air, blending the jazz chords with an old-school boom-bap beat. A very simple, sort of stupid, feel good song.”

Comparing music to fashion is par for the course with Gallo, as PEACEMEAL is inspired by the concept of color-blocking. The artist explains as such: “if it was a shirt it would have a yellow left sleeve, orange right sleeve, green mid-section, pink pockets and a white collar, no metaphor. Might not make sense, but that’s a shirt I want to wear right now.” This color-blocking idea came about after a three-year-long tour where Gallo says, “I felt like I was living in some world I built based on 2% of myself, I got really down, then really burnt out. What about the other 98%?”

Watch the video for “WUNDAY (CRAZY AFTER DARK)” below.