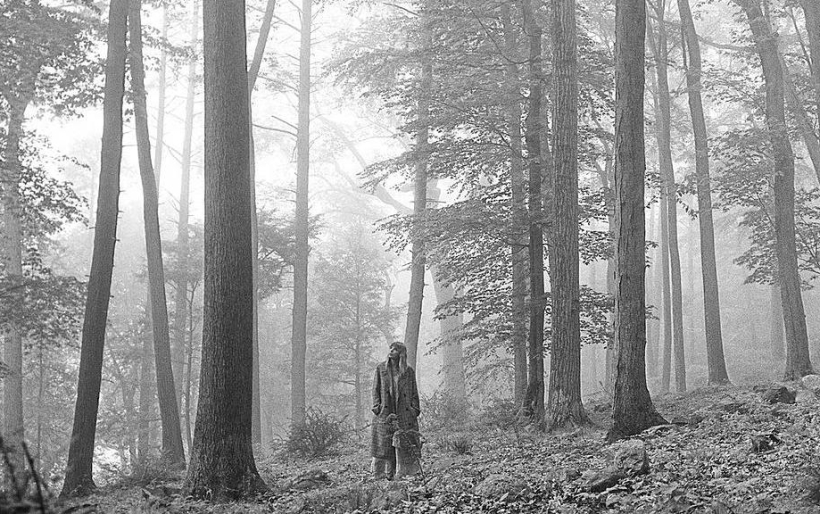 The first thing I noticed about folklore, Taylor Swift’s latest album, was the lowercase track titles. It’s kind of a trend, now, for pop artists with an “edgy” bent to make it seem like they just couldn’t be bothered to hit the shift key when sending the tracks to DSPs. It’s not too hard to see what her team was going for with this album: a pivot away from the synth-heavy electropop that dominated the Reading-born songwriter’s music in the 2010s, toward a more mature, sophisticated, singer/songwriter vibe.

Swift is 30, and has been a musical tour-de-force in three separate decades. Now that she’s conquered the world with pop superstardom (several times over), she’s ready to settle down. She really, really, really wants to be indie, to make a record like the one she was so derisive of on 2012’s “We Are Never Ever Getting Back Together.”

But for all of Swift’s lowercase song titles, black and white promo shots, tree-laden imagery, pastoral mystique, and cussing (she says shit! and fuck!), I’m not sure there’s anything on folklore that’s indie. And despite collaborations with Bon Iver’s Justin Vernon and The National’s Aaron Dessner, two of the 21st century’s most respected indie artists, characterization of this album as “indie” seems a bit far-fetched. Gatekeeping genres is pointless, but calling this album indie when it’s released with eight limited edition vinyls, eight limited edition CDs, and a cavalcade of pricey merch is absurd.

There’s nothing inherently folk about folklore, either: Swift’s songwriting, though sharp as ever, is purely rooted in pop sensibilities, with lyrics more focused on earworm melodies and clever wordplay than on the deeply confessional nature of folk music. Sure, Swift dips into a twang on “betty,” but it’s more of a callback to the country-pop of Speak Now and Fearless than anything else.

This isn’t an indie album, or a folk album; it’s pop, with elements of the other two. So what? It’s great pop, with fairly experimental production that transports Swift into foggy, unfamiliar terrain. The arrangements are primarily stripped back and acoustic, with desolate piano and guitar lines being the most common instruments. The tracks written and produced with Dessner are especially fantastic; they’re essentially The National cuts with Swift’s songwriting on top. The tracks handled by Jack Antonoff (who produced Lorde’s Melodrama, Lana Del Rey’sNorman Fucking Rockwell, and past Swift albums), on the other hand, just sound like typical Swift. That’s not always a bad thing, though the depth and quality between tracks produced by Dessner versus those helmed by Antonoff is obvious. “cardigan,” a Dessner cut, opens with experimental, soft, glitchy drums and a swung feel, while Antonoff’s “mirrorball” is a fairly forgettable blend of verbed-out, dream-pop-esque guitar chords and bland drumming.

Vernon appears on folklore‘s highlight, the slow-burning duet “Exile.” Though Vernon and Swift have completely different songwriting philosophies (Vernon’s lyrics are abstract, oblique, and often indecipherable; Swift’s are pointed, literal, and referential), the middle ground they reach on “Exile” is gut-wrenching. “You’re not my homeland anymore / So what am I defending?” Vernon asks, before Swift continues with “I’m not your problem anymore / So who am I offending now?” Vernon’s gruff baritone and Swift’s lighter, half-spoken/half-sung vocals sound like cries from opposite sides of the world, from two despondent souls desperate for human connection. The artists create a shockingly raw mood, beautiful in its stark, lonely simplicity.

The “exile” metaphor is bittersweetly prescient: Swift wrote folklore “in isolation,” just like Vernon’s debut, For Emma Forever Ago. That connective tissue between Swift and Vernon — of seclusion, desperation, and grief — is also the narrative throughline of the album.

There isn’t much room for joy here, certainly not at the level of 1989 or Lover. And while Swift has glanced at darker themes before (like on reputation), she’s never approached them with so much grace. The days where Swift callously complained about a phone call over a bass-busting trap beat seem like another lifetime. And maybe this is a different lifetime: loneliness and isolation seems to dominate every aspect of the world now. folklore is a Taylor Swift album like no other, where moody melodies, solitary visuals, and exposed production take precedence over break-ups and bombastic synths. Though the marketing is a bit incongruent with the actual music, Swift has created an emotionally bleak work of pop that’s as beautiful as it is devastating.