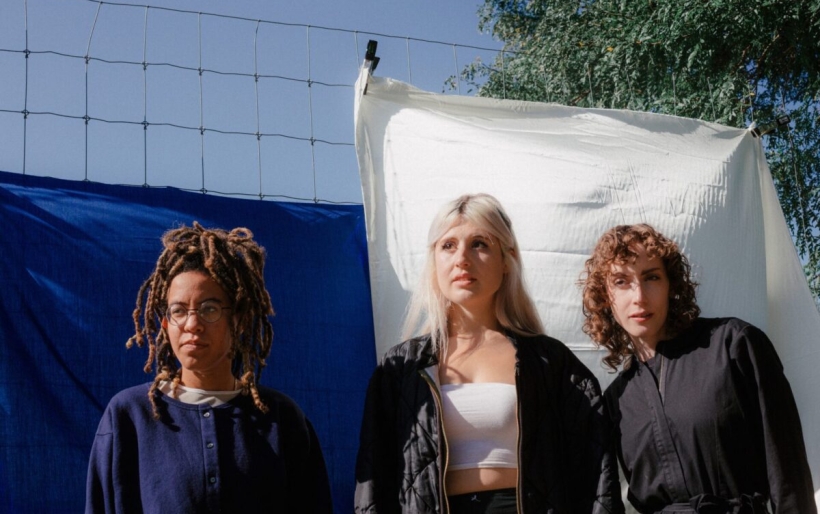 Corey Flood | photo by Marcus Maddox | courtesy of the artist

Corey Flood describes Hanging Garden as “a reckoning with internal discord,” and “Honey” reflects that theme. It describes the sudden realization that one’s emotional investment in another person was misplaced, with lyrics like “I poured so much of myself into you / You say no words.” Switching between softer tones on the verses and harder choruses, meanwhile, reflects the storm of feelings that comes with these realizations.

“Honey” was co-written by bassist/vocalist Ivy Gray-Klein and guitarist/vocalist Em Boltz. Gray-Klein says, “I think this song is a great balance of Em and I each contributing verses to build something more nuanced. For me, this song is about investing so much time and emotion into a person that ultimately isn’t warranted and trying to figure out what you’re left with. The chorus could refer to a flood of emotions, a flood of miscommunication, a flood of feeling empty…”

Boltz adds, “I had this white coat that I used to love. The coat really exemplified a distinct era of my life. I had just moved to Philly and I didn’t really have friends so I spent a lot of time alone. I was trying to learn how to appreciate the mundane. I would take long walks.”

Listen to “Honey” below.