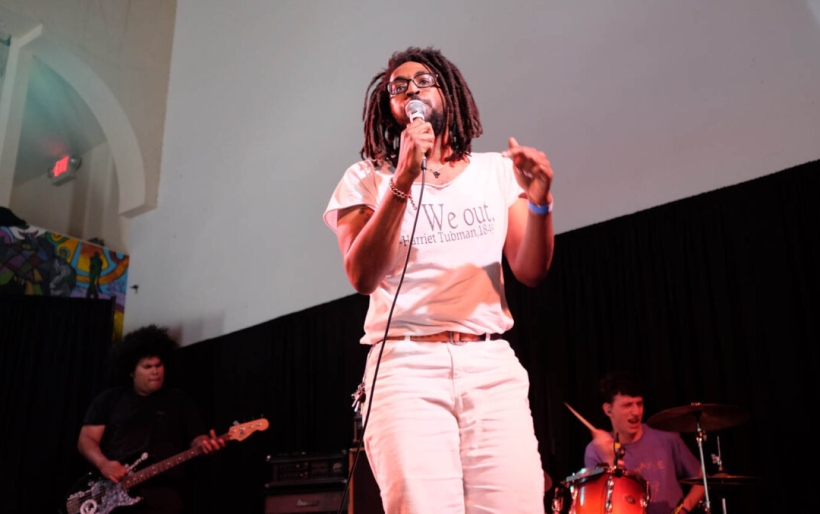 DeLucca and Dispenza began their podcast earlier this year, after joking that their live show banter is “basically a live podcast every time we get together.” They describe the podcast as “Part variety show, part music commentary, part interviews — all wrapped up in the bits and banter of the collaborative friendship of Coping Skills.”

Part of the second season of More Talk Less Rock involves providing specific resources for fighting systemic racism. Jordan was able to talk about his work with Beyond the Bars, a music and career-planning program that aims to help students recognize their potential and interrupt cycles of violence and incarceration.

In the extensive interview, Jordan also touched on his DIY roots in rural Maryland, his journey to Philadelphia, and how his own experiences as a musician inform his work with young people, stressing the importance of getting instruments into the hands of as many people as possible. (Listen to the end for more on the lyrical Easter egg in Soul Glo’s song “21,” and why Jordan thinks SpongeBob SquarePants is the most impactful television show of all time.)

Stream the episode of More Talk Less Rock below, and keep an eye-out for an interview with Pierce Jordan on Yoni Kroll’s This Is Essential series on The Key.