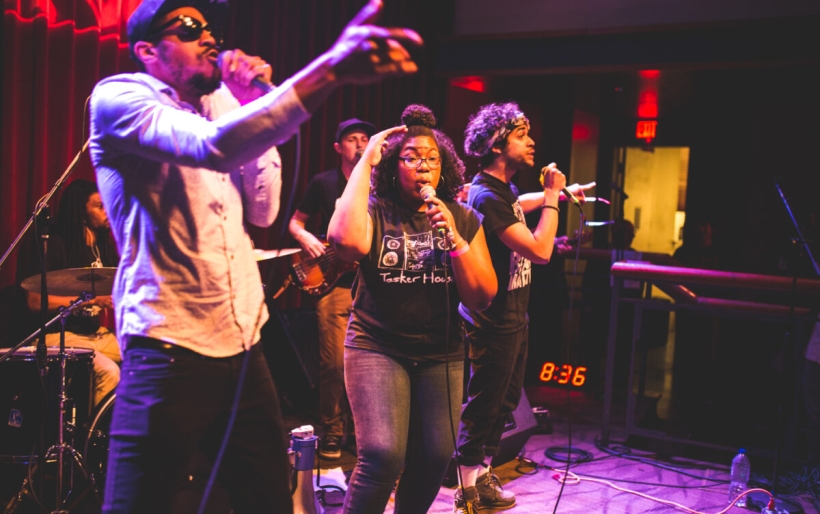 People’s Light in Malvern will produce a series of socially distant drive-in concerts this August. For the next four weekends, the theatre’s parking lot will become an open-air concert venue, welcoming a diverse lineup of local artists to the unconventional stage.

The first show this Saturday, August 1 with the John Byrne Band is already sold out, but the following weeks will include performances by hip hop collective ILL Doots, bluegrass string band Colebrook Road, blues-rock guitarist Greg Sover and his band, and electro pop band Great Time. See the full lineup below.

Each vehicle can include up to five people and should be limited to groups within the same social bubble or pod. The $75 ticket price gets your carload a parking spot and an adjacent “Home Space” for setting up lawn chairs. Food and beverages can pre-ordered from The Farmhouse at People’s Light. Find more information at peopleslight.org.