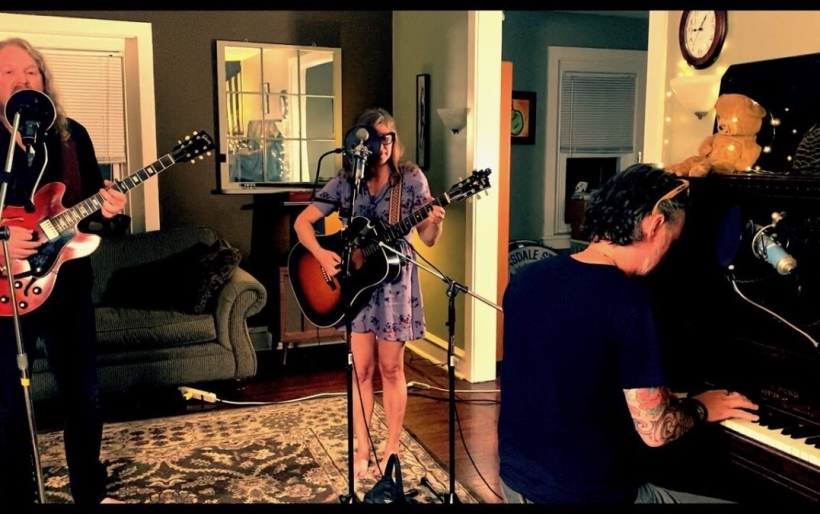 Singer-songwriter Katie Barbato has teamed up with local roots rock duo Rise Twain for two live performances. The first one, recorded at home, is available to stream on YouTube, while a second performance at the Kennett Flash stage in Kennett Square, PA will take place on August 21.

“Live From the Chateau” was recorded at the Norristown home of Brett William Kull, who plays guitar for Rise Twain and has served as producer and audio engineer for several artists, going back to his days in the prog rock band Echolyn. He met Rise Twain collaborator J.D. Beck while producing an album for Beck’s band, The Scenic Route.

Barbato, Kull, and Beck will reunite on August 21 at 8 p.m. ET (5pm PT) for a virtual performance from Kennett Flash. Tickets are free, but there is a suggested donation of $15 to benefit both the musicians and the venue.

RSVP here for the Kennett Flash live stream concert. In the meantime, watch the Chateau Fornance performance below.