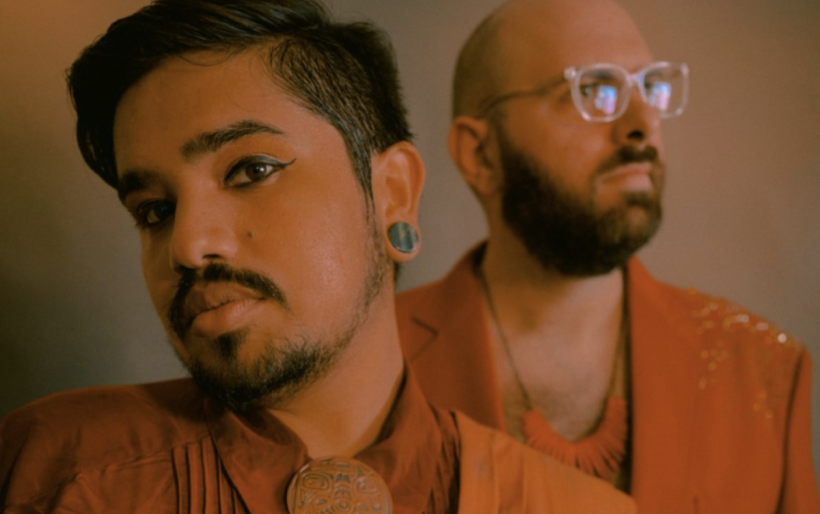 ThebandIvory | photo by Bob Sweeney | courtesy of the artist

ThebandIvory released a new single, “Anthropocene,” our first glimpse at their forthcoming debut album of the same name.

Founded by Frankie DeRosa and Robbie Simmons, ThebandIvory has been active in Philadelphia for about five years, and Anthropocene features a number of familiar faces from around the Philly indie scene. The title track features a rhythm section that’s been part of their live sound, as well as a home-spun orchestra assembled while recording the album. Listen below.

Music and art started as a coping mechanism for DeRosa, a Venezuela native who found his identity erased after coming to the US. “I knew this was the only way to be seen in a country that overlooks people who look and sound like me,” he shares in a press release. He began to explore Indian, Middle Eastern and Carribean influences at Berklee College of Music, where he met Simmons. The pair began a two-fold partnership, as musical collaborators and romantic partners (they got married last year at one of their own shows).

Anthropocene follows DeRosa’s journey as he heals from lifelong pain and trauma; the title, referring to the current geological age, carries a sense of finality and rebirth. “I want to bring my tribe with me on this journey,” says DeRosa. “The tribe who is also hurting and lost and need to reintroduce themselves to their truth.”