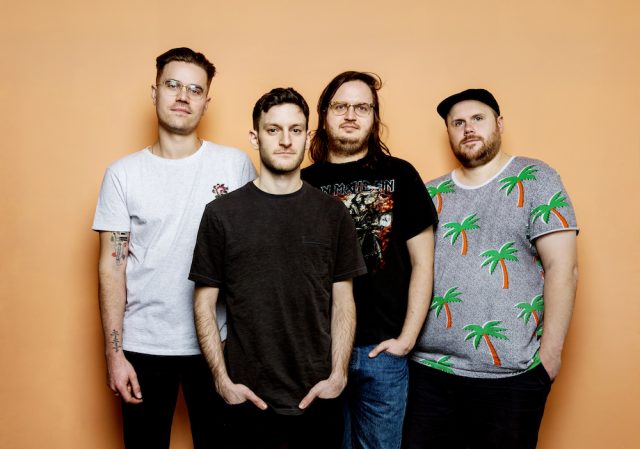 Toronto punks PUP have been keeping busy in quarantine, with the single “Anaphylaxis,” singer Stefan Babcock’s “Waiting For Something To Happen,” and a cover for the Save Stereogum compilation. The most recent addition to their catalog is a cover of “A.M. 180” by Canadian indie rock band Grandaddy, from their 1997 debut Under The Western Freeway.

PUP keep true to the spirit of Grandaddy’s original indie rock track, but rough it up around the edges, a little faster and with a little more distortion. Drummer Zack Mykula said in a statement, “Grandaddy are one of the unsung hero bands of indie rock. A best kept secret. I mean, forgive me for going ham, but this song is like a lily in an otherwise barren valley. An outstanding piece of songwriting, doing more with less than most any other song of the same caliber. So, that’s why we decided to cover it.”

The band also announced the fourth volume of PUPTHEZINE, titled QUARANZINE. The zine features cut-out PUP figurines with a stage setup, a PUP postcard, resumes for all the band members, a guitar tab for “Anaphylaxis,” a pedal board breakdown, and a flexi-disc of a ska song written during quarantine, described as “a truly unparalleled, transcendent musical experience.” Also included is a tongue-in-cheek section called “Prophets into Profits: How PUP Monetized The Apocalypse!”

QUARANZINE was created, as its title suggests, in the first few weeks of quarantine. The band describes it as “a time capsule. It is the four members of PUP, bored as fuck, fresh off a cancelled tour, trying to create something as silly as possible because, at the time, we wanted a distraction.”

QUARANZINE is available for purchase here. Listen to PUP’s cover of “A.M. 180” below.