The Front Bottoms' "Fairbanks, Alaska" is a love letter to the northern city - WXPN 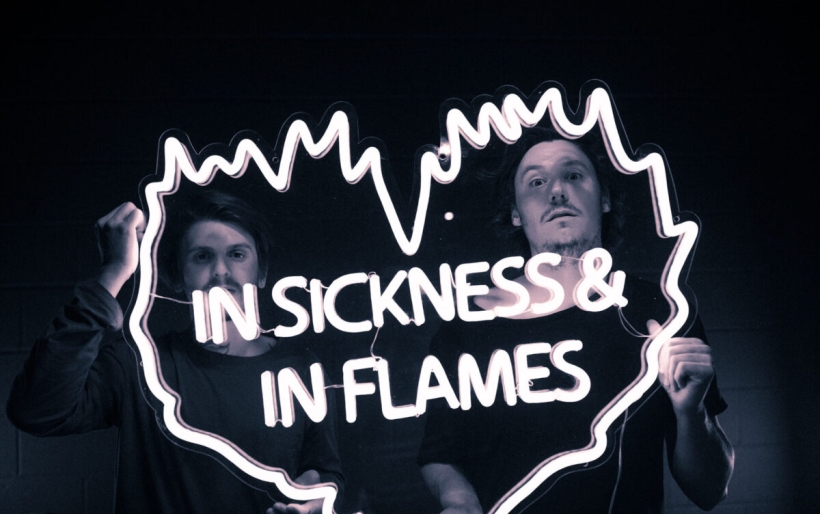 The Front Bottoms | photo by Mark Jaworski | courtesy of the artist

The Front Bottoms’ “Fairbanks, Alaska” is a love letter to the northern city

New Jersey modern rock band The Front Bottoms released a new video today. “Fairbanks, Alaska” is the final single the band is putting forward before the release of their new LP, In Sickness & In Flames, arrives on August 21 via Fueled By Ramen.

“Fairbanks, Alaska” was shot on-location in the 49th state. The video, directed by Caleb B. Kuntz, aims to capture the natural beauty of a town and community that made a massive impact on the band when they toured through the area in 2015. The track itself is a love letter to the town, and the band’s ability to escape: “I haven’t checked my time / I haven’t checked my mind / Since I saw the Northern Lights / Fairbanks, Alaska.” For a band that gained its following on a particular brand of jaunty pessimism, the sense of hope in their new song is as surprising as it is refreshing, a needed panacea in a global melancholy.

When announcing In Sickness & In Flames, The Front Bottoms said, “When we were writing the album and settling on the title, it meant something completely different to us. We could have never imagined where the world would be just six months later.” The band has since elaborated,

When you listen to this, we definitely want you to feel the anxiety. There are some pretty rock and roll songs and heavy moments on In Sickness & In Flames. We hope the tension comes across. We went through all of these unbelievable life changes, and then all of these insane things happened in the world. If you get anything out of it, we want it to be that creativity can basically solve any problem and will save us.

In celebration of the album release, The Front Bottoms are hosting a virtual album listening event at 5pm ET on August 21. Fans will be able to log on to www.InSicknessAndInFlames.com to stream the album alongside a film the band created. The band will also be performing two drive-in concerts, one at Citizens Bank Park on August 23, and another at the Monmouth Park Racetrack in Oceanport on August 27.

Watch the video for “Fairbanks, Alaska” below.