Woodstock Stories: Philly attendees of '69, '94, and '99 share their experiences on XPN - WXPN 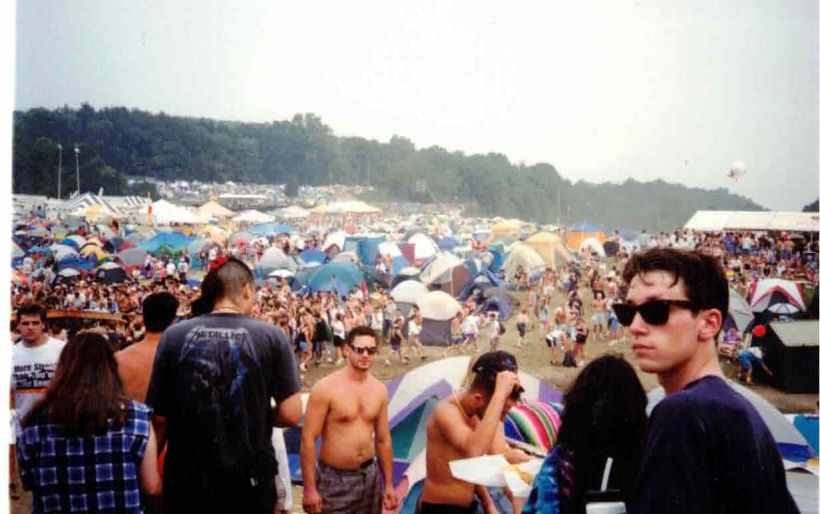 Woodstock Stories: Philly attendees of ’69, ’94, and ’99 share their experiences on XPN

Throughout Woodstock Week, WXPN’s second full playback of archival audio from the iconic 1969 festival, we spoke with various members of the XPN extended family about their personal experience attending Woodstock and its revivals.

Chuck Elliot, longtime host of XPN’s Saturday morning quiet sounds program, is the only person on staff who attended the original Woodstock. He was a student at the University of Pennsylvania at the time, and spoke on the XPN Local Show not only of his journey from West Philly to Yasgur’s Farm and the music he heard and saw, but the impact it had on him. As Chuck tells it, Woodstock put music and culture in a new perspective for him, and upon returning to school in the fall, he decided to sign up for the then-student radio station, WXPN.

Jesse Lundy of Point Entertainment has worked in Philadelphia’s live music industry for 25 years. That means Woodstock ’94, which he attended just ahead of his final semester in college, was one of the last big concerts he attended purely as a fan. Jesse called in to WXPN’s 90s show What’s The Frequency to talk about his festival highlights — from a Bob Weir jam with members of The Band to a mindblowing set by Primus — and lowlights — learning the hard way that rain and mud flow downhill, and can wreak havoc on cheap tents. He also gives us perspective on why Woodstock ’94 popped in a way that the revivals that preceeded it and followed it did not.

The Woodstock ’99 revival is typically viewed through the mismanagement and meyhem that surrounded it, from overpriced concession stands on a brutally hot weekend to numerous instances of rape and widespread violence, goaded on by numetal headliners on the bill like Limp Bizkit and Korn. What gets overshadowed in the conversation is a lineup that, in its own end-of-the-millennium kind of way, was decently eclectic and exciting. Avid Philadelphia concertgoer and Free at Noon regular John Collius called in to What’s The Frequency on XPN to talk about his experience at Woodstock ’99, which included a thrilling set by Philadelphia’s The Roots (featuring Erykah Badu on “You Got Me”), a high-energy performance by The Tragically Hip that had the mainstage crowd waving a sea of Canadian flags, and tremendous sets by Rage Against The Machine and Metallica. He also talks about the horrifying ending, watching Red Hot Chili Peppers as fires broke out in the field around him and deciding it was time to leave. As he shares, though, the experience did not sour him on concertgoing in general, and Bonnaroo 2002 led him back to the world of large-scale festivals again.