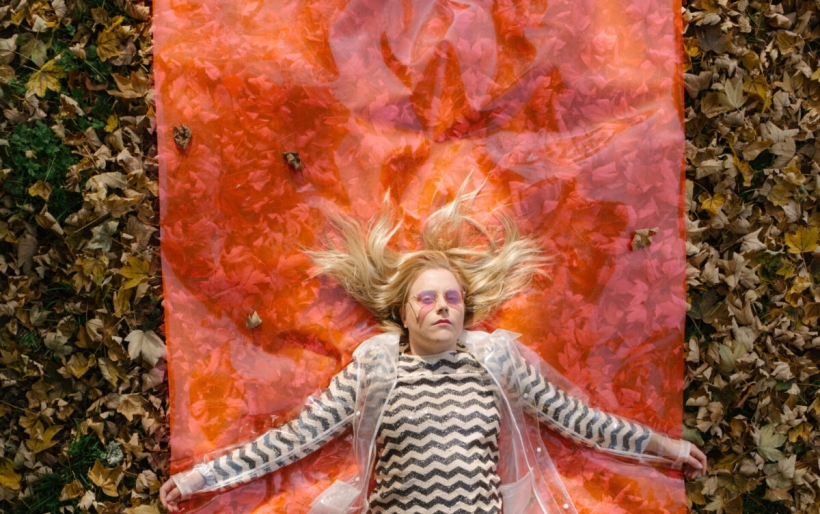 Both locals and visitors often remark on how Philadelphia is a big city with small-town vibes. Everyone knows everybody. The music scene is an even smaller community. Even with world-renowned acts, we are not a city that’s too big for its britches.

Los Angeles is a different beast. The idea is that everyone in the City of Angels is on the quest to make it big. Unlike Philly, there is not much novelty to being in a band. With the late-summer release of Anna Ohio, the first full-length album since Vita and the Woolf moved from Philly to L.A. in 2018, songwriter and frontperson Jen Pague explores the sobering realities of the city while taking a supremely introspective look at love, loss, and success.

“Confetti,” a song that exemplifies the West Coast disenchantment, is arguably the standout track on the album. “I’ve been wakin’ up all rough and tough tryin to operate this plan. / Makin’ money it was so much fun but now I think I’ll trade in my hand. / Did I really think champagne would flow from the dogs hand? / Did I really think confetti would fall with my shitty plan?” With contemplatively regretful lyrics like that, any rose-tinted notions of stardom that the listener may possess are now replaced with sobering honesty that is refreshingly humanistic.

“Confetti” was the first song that Pague wrote after moving out west. “I wrote the song sort of about moving to LA. I kind of already had low expectations of living in LA, but I was like, ‘I don’t know why I’m moving here, but I have to move here for some reason,’” says Pague.

She goes on to explain that the song is part autobiographical but also stemming from the made-up world of Anna Ohio, and the culture shock that this suburban midwest character would experience after moving to a new, vibrant city.

Anna Ohio is both the name of the album and Pague’s imaginary character that links together each song on the 10-track album. “I picture someone growing up in a mall in Ohio, like in the nineties, and just like how that would look as this imaginary world,” says Pague.

This particular aesthetic really shines through with “Auntie Ann’s Waitress,” the ninth track on the album; the title was almost the name of the entire project. With dreamy synths and subdued vocals, the song is reminiscent of instrumental mall music, but obviously way cooler.

Compared to Tunnels, the 2017 release from Vita and the Woolf, Anna Ohio is more subdued in nature; this album feels like more of an emotion than a declaration like its predecessor. Three years ago, fans received a tsunami of power from Pague’s vocal range. With Anna Ohio, Pague’s voice remains calm and comfortable in place between synthesizers and echos. And this subtleness does not make her talent any less remarkable. With this album, Pague was able to settle into her sound and create something that sounded exactly like she wanted.

“I kind of decided that I wanted to produce the record myself, you know, just to have a little bit more control over the sound,” says Pague. “I kind of wanted to evolve from Tunnels. I think as an artist, I’m sort of guilty of like looking back at my previous work and just being like, ‘ah, I hate it. I hate everything about it. I can make it so much better,’ you know?

Anna Ohio was slated for an earlier release, but like with most things in 2020, the date got pushed back, and it now releases on this Friday, August 21st. In a different world, Vita and the Woolf would have been touring and doing shows around the country. Now that sort of fan interaction has been relegated to the interwebs – more specifically Twitch.

For a while, Pague took to Twitch to connect with her fans.

“I kind of stopped for a little bit, um, because of the Black Lives Matter movement. I wanted to give space for that obviously,” says Pague. “I’m kind of like slowly getting back into it.”

Although Jen is essentially Vita and the Woolf, she still regularly works with other musicians — including drummer Adam Shumski, who still resides in the Philadelphia area. Just prior to COVID-19 really taking hold in the U.S., Pague and Shumski were practicing and preparing for tours and the upcoming festival season.

Even with the society’s new normals, Vita and the Woolf have carved out a space of their own.

With this new album, it’s pretty easy to escape from the woes of the world and visit the thoroughly crafted dreamscape that is Anna Ohio.

“I gave up something while writing this record,” Pague says. “Anna Ohio holds my pain, the thoughts of not being good enough to date, hire, love, and respect. It holds my energy and refusal to quit being a human. It holds what I find beautiful when things somehow work out. And itʼs a tip of the hat to the people who support and love me.”

Vita and the Woolf’s new album Anna Ohio is out this Friday, August 21st via Tender Loving Empire Records. Pre-order a copy here.