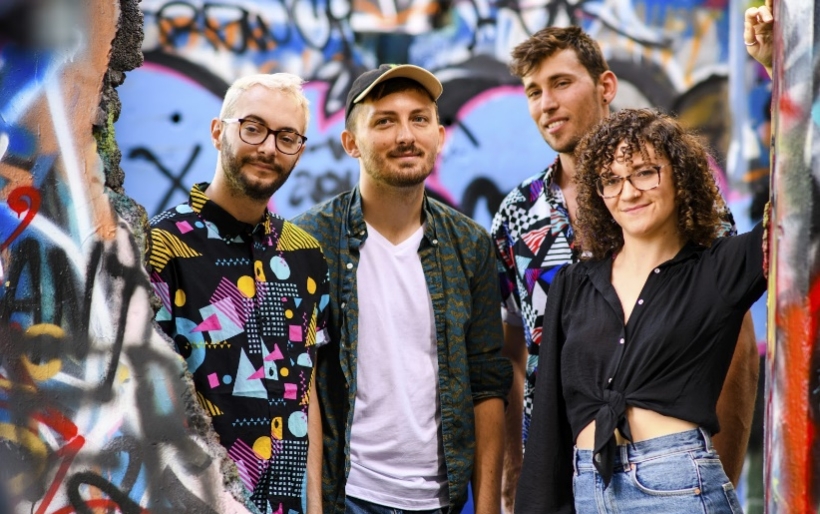 Earth Radio | photo by Moonloop Photography | courtesy of the artist

Philly-via-Delaware indie rockers Earth Radio are back with “Eliza,” the second single from their upcoming EP Orbiter. The young but prolific band was inspired by classic rock ‘n’ roll on the new EP, which follows last year’s debut We Built a Mountain.

The bluesy “Eliza” is carried by Joanna Osborne’s soaring, soulful vocals. “I wrote Eliza over seven years ago as a ballad on the piano,” says songwriter Jani Duerr. “After reimagining the song with the band and having Joanna at the wheel, the song is now full of power and more audacious than ever.”

The band is rounded out by bassist Jay Jolly and drummer Daniel Lord. “‘Eliza,’ to me, is a sultry ode to blues rock of the past,” says Lord. “It is intoxicating and reinvigorates in me the mystic feeling of The Doors circa 1970.”

Listen to “Eliza” below and stay tuned for Orbiter‘s release this fall.