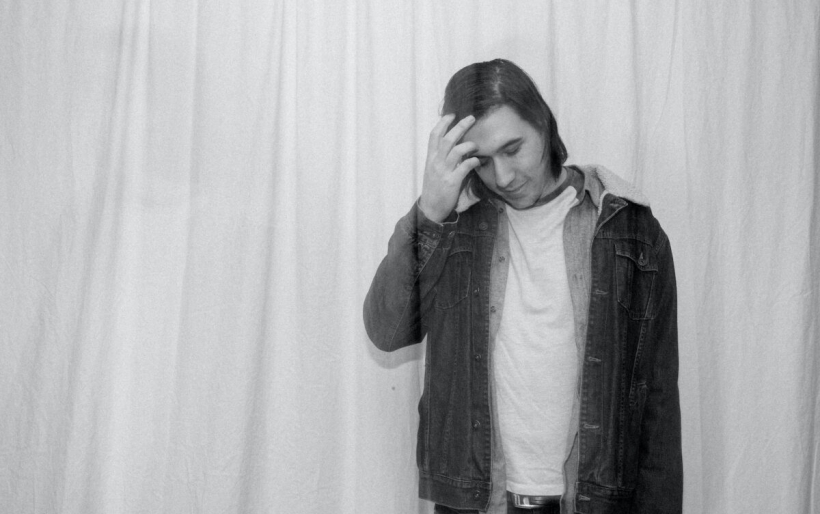 Philly’s Maxwell Stern — of DIY scene players Signals Midwest, Meridian, and Timeshares — is gearing up to release his debut solo LP, Impossible Sum, next month. In the meantime, he put out another single from the upcoming record, “Left in the Living Room.”

The follow-up to lead single “Born At The End Of A Year” was inspired sonically by Canadian indie rockers The Weakerthans, a departure from the emo and pop punk that Stern works on with his bands. Lyrically, the new track is about gratitude for partnerships past and present, whether that gratitude comes easily or with more effort. “How could I account for it all?” Stern sings. “But baby, who fed you that line, / ‘If it’s good, then you won’t have to fight?'”

“Left in the Living Room” includes a vocal feature from Hudson Valley songwriter and Bomb the Music Industry! veteran Laura Stevenson. Stern told Talkhouse that the collaboration “happened pretty quickly once I gathered up the courage to send her a text message and a demo, and having her voice on this record is a true honor.” Although Impossible Sum is Stern’s solo record, the upcoming LP features collaborations from friends like Adam Beck (of Sincere Engineer, and Into It. Over It.), Matt Arbogast (of The Gunshy), and Jon Hernandez (of Timeshares), as well as production, engineering, and mixing from Headroom Studios’ Kyle Pulley.

Listen to “Left in the Living Room” below.