Bright Eyes exists in a profound state of melodrama on Down in the Weeds, Where the World Once Was - WXPN | Vinyl At Heart 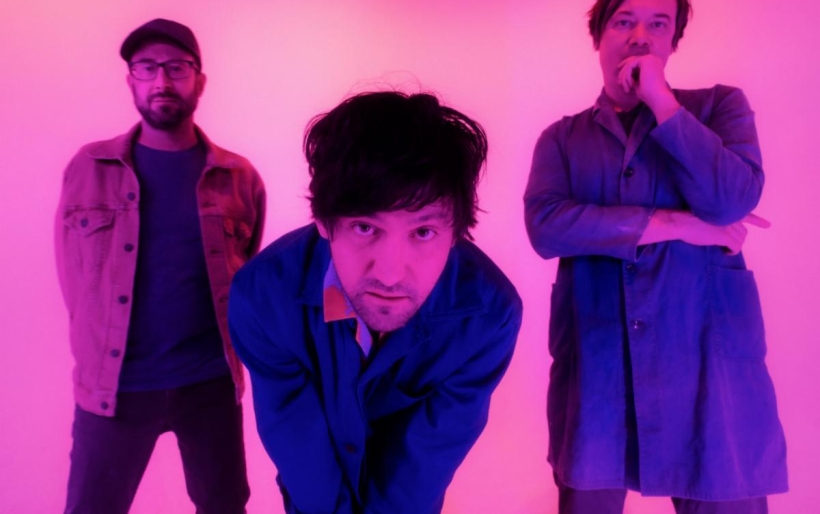 Bright Eyes exists in a profound state of melodrama on Down in the Weeds, Where the World Once Was

Everything about the new Bright Eyes album, Down in The Weeds Where the World Once Was, is melodramatic. That’s not a unique quality for the band who once described meeting a girl as “the first day of [their] life,” but across their latest effort (their first in 9 years!), some of these tendencies are turned up to 11. For example, the closing section of “Dance and Sing,” the second song from Down in the Weeds, features a backing chorus crying, “there was only love / only love, only love,” while violins and drums coalesce into a grandiose rallentando. It’s shamelessly over the top, especially for the album’s first real song, in a way that only a band like Bright Eyes can seriously pull off.

All of this added melodrama is set within the context of frontman Conor Oberst’s brilliantly transparent songwriting. Sometimes life just really is that crazy, that grand. And even when reality isn’t that exciting, it can feel like it is: why not document lived experiences and feelings honestly, in the manner that they’re felt? Circularly, Oberst is taking cues from one of his recent primary collaborators, Phoebe Bridgers: her most recent album, Punisher, was marked with hyper–specificity, zooming in on minute details until they take up the entire field of view.

Down in the Weeds aims for a similar aesthetic, feeling deeply personal yet universally applicable. “To Death’s Heart (In Three Parts)” takes a specific instance, where Oberst’s ex–wife told him it was “exhausting” to live with him, and conjures a three–part ballad featuring Papal blessings, terrorist attacks, and Pink Floyd references. “I’m up late with an imaginary pain,” Oberst despondently sings, brilliantly capturing the feeling of unfounded anxiety.

The production on Down in the Weeds is similarly theatrical. In somewhat of a departure from (and synthesis of) previous styles, Bright Eyes fuses orchestral strings, twangy slide guitars, and urgent drum patterns with the laid-back folk rock of previous albums. This diverse instrumentation is used to great effect, enhancing Oberst’s honesty. “Electric, ecstatic, psychotic / Jumped into the drums,” he sings on “Just Once in the World”, while—fittingly—electric guitars and pounding drums suddenly burst into the mix, sending the track awry. “Pan and Broom” stands as a bit of a sonic outlier, in that it relies on a sampled drum pattern rather than live percussion. As a result, it falls a bit flat; a lot of the candid warmth that defines Bright Eyes’ music is stripped out of the track.

Two of the best tracks on the album—”Stairwell Song” and “Tilt-A-Whirl”—immediately follow. Oberst’s slight tremor edges dangerously close to a throaty sob on “Stairwell Song” as he sings “when I’m trapped inside my bedroom planning / out my last resort / I have a great imagination, so I just teleport.” The grief and pain that Oberst feels is relentless, and he opens “Tilt-A-Whirl” with “my phantom brother came to me / his backlit face was hard to see / I couldn’t move, I couldn’t scream.” Oberst’s brother died, tragically and suddenly, in 2016. “Life’s a solitary song… it sounds so sweet / and then it’s gone.” An instrumental breakdown briefly lifts the gloom from the track, but it feels like a band-aid on a bullet hole, a coping mechanism as effective as a trip to an amusement park.

Maybe melodrama is the wrong word to describe Down in the Weeds, Where the World Once Was. For all of Bright Eyes’ theatrics, from swooning violins, to bombastic drums, to searing guitar solos (“Calais to Dover”), the grandeur never feels unearned. Oberst is a sensitive guy, wearing his heart on his sleeve and writing about what he feels. If anything, this is the most honest record of the year. Dramatic, sure, but honest all the same.

Purchase Bright Eyes’ Down in the Weeds, Where the World Once Washere.