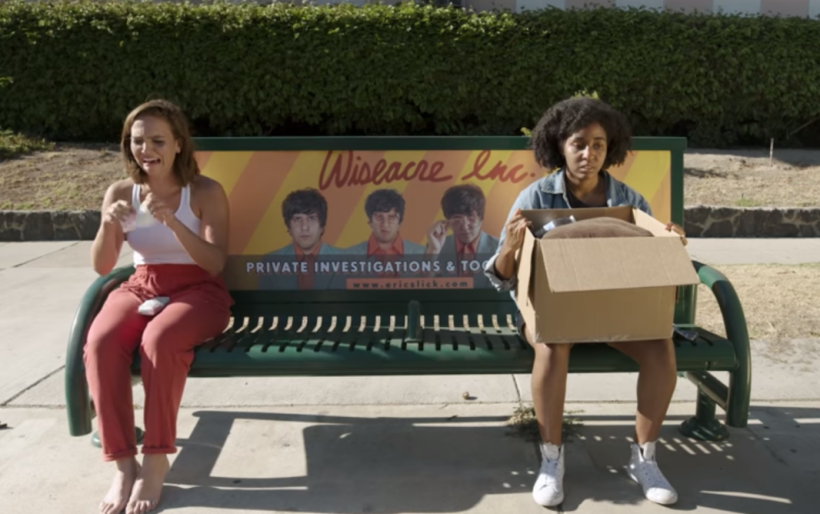 Eric Slick “Over It” | still from video

Earlier this month, Dr. Dog‘s Eric Slick released his sophomore solo LP, Wiseacre. He just followed up that album release with a new video for “Over It,” directed by and starring Demi Adejuyigbe.

Adejuyigbe, a comedian and writer who has worked on The Good Place, The Late Late Show with James Corden, and co-hosts the podcast Gilmore Guys, stars as a mischievous Cupid figure who wreaks havoc on unsuspecting civilians. His victims include actors like American Vandal‘s Lou Wilson and Dead to Me‘s Natalie Morales, and comedians like Ayo Edebiri and Gabriel Gundacker.

Slick says of the video,

I was sitting around a couple of weeks ago and I received a DM from Demi Adejuyigbe out of nowhere. We’ve been friends for a while now. We send each other silly things sometimes. He asked, ‘Can I make a music video for you?’ and I said ‘Um, abso-freakin-lutely.’ To be honest, I was expecting something shot on an iPhone. That’s what most people would expect right now. My jaw hit the floor when he sent me the cinematic masterwork that is now the video for ‘Over It.’ He completely nailed it and took it to a place far beyond my expectations. Demi is a brilliant comedic force and I think this video is proof of it.

Adejuyigbe adds, “I’ve been a fan of Eric’s for a bit now, and when he was dropping a new album I reached out to see if I could make a video for any of his songs. I was stoked to hear ‘Over It’ and thought it was such a lovely, fun, sunny, chill-grooving kind of song that I instantly knew what kind of vibe I wanted to get across with the video, and we had such a fun time trying to match it.”

Watch the video for “Over It” below.