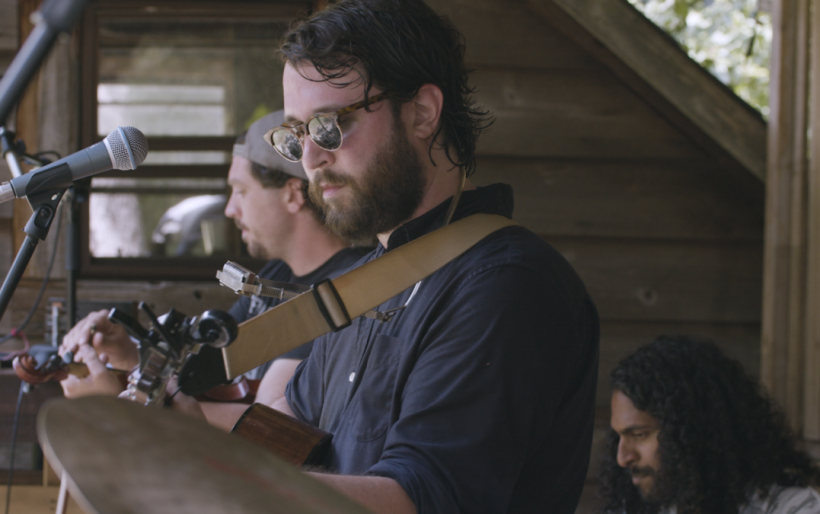 New Jersey band Jackson Pines has released a video playlist of their remote set at the 59th Philadelphia Folk Festival on YouTube.

The group performed five tracks live at the Bog House in Jackson, New Jersey. Among the set was the band’s emotional single, “Half Light” that dropped at the beginning of June.

The band also played older tunes including “Hard Times in the Pines,” from the band’s 2017 full-length album, Purgatory Road and “Lost and Found” from a four-song EP of the same name.

When asked about the experience of performing a set remotely instead of in person, group member Joe Makoviecki said that there is “certainly no comparison between performing at a festival with a fifty or a hundred or more people around and recording a set live in your best friends’ back yard. There is a lot of energy left for the band to create and pick up, whereas in person the whole place is passing encouragement and excitement back and forth.”

Though this year’s festival experience was certainly different due to COVID-19, Makoviecki stated that when it came to “getting together and doing it, it wasn’t very difficult to pull off, which is a testament to our team. We had a small, close-knit group of musicians, videographers, and family members present who all discussed how much exposure we’d had in public and all consented to work outdoors in a safe way. You need that groundwork to do band related things now, and that’s ok. The rest was just as natural as rehearsal or a (really special) outdoor recording session.”

Watch the five-song playlist below.