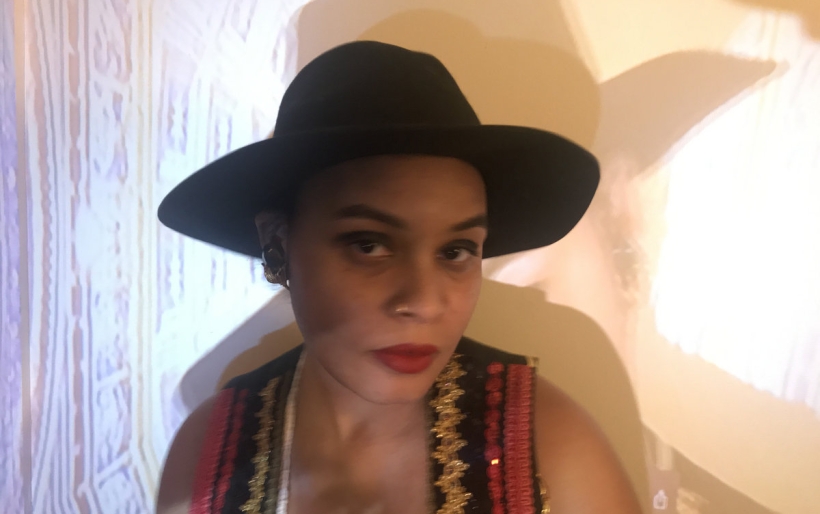 Philly native Attia Taylor is back with her first solo release in several years. “Space Ghost” is the title track from her forthcoming debut LP. Produced by Jeff Zeigler, the psychedelic song sees Taylor embracing her self-described love of “weird pop.”

Now based in Brooklyn, Taylor spends her days editing content for Planned Parenthood and is also the founder and editor-in-chief of Womanly Magazine, which provides preventive health information to women of color and non-binary people. Since starting her music career in the Philly scene over a decade ago, she’s also recorded as Strange Parts.

Taylor told Booooooom in a recent interview that some of the inspiration for her new album comes from artists like PJ Harvey, Broadcast, Etta James, Minnie Ripperton, Beach House, and The Cardigans. And while she makes music that reflects today’s world, she also channels her childhood self — lonely and introverted — in her songwriting.

“I love weird pop music and folks who bend the rules,” Taylor said. “My forthcoming album, Space Ghost, is about how lonely and estranged I felt from the world as a really young kid who didn’t have enough human interaction. It’s an ode to my strange humor and curiosity for Adult Swim. I sank myself into music and cartoons to block out a lot of the pain and inconsistencies around me.”

Listen to “Space Ghost” below.