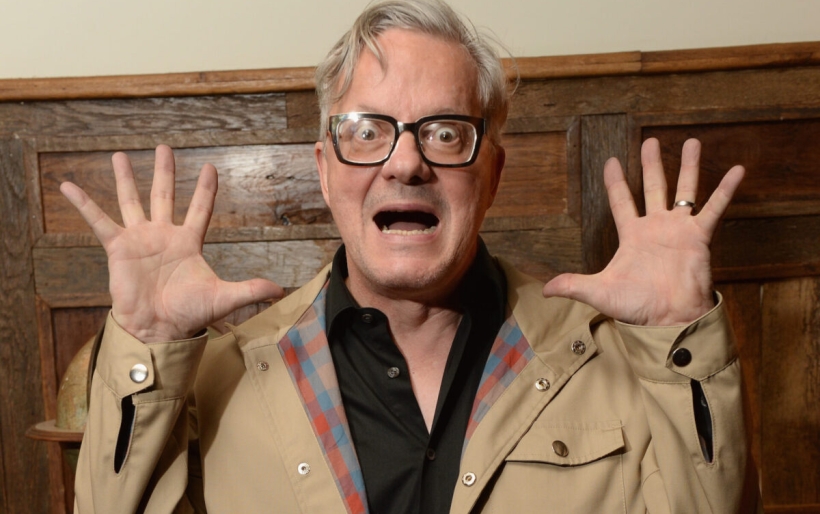 Devo’s Mark Mothersbaugh talks to the LA Times about catching, and beating COVID-19

Here’s a rare specimen of good news from the Coronavirus pandemic: in a recent LA Times interview, Mark Mothersbaugh — frontperson of Devo, as well as a film composer notable for his work with director Wes Anderson — revealed that he has fully recovered from a case of COVID-19 contracted earlier this summer.

As the Times‘ Randall Roberts reported yesterday, Mothersbaugh believes he caught the virus in May while commuting between his Hollywood Hills home and his Sunset Strip studios where he was working on a score for an animated featured. That’s not what he thought when he was in the ICU, though.

The story gives an account of two weeks immobilized in a hospital bed, hooked to a ventilator, and in the throws of deep hallucinations, during which Mothersbaugh firmly believed his state was a result of being mugged in LA’s Little Tokyo neighborhood. “I felt blood from being hit [with a brick],” he said. “I was handcuffed to a parking deck downtown. I had this whole elaborate story.”

During his two-week stay, his wife Anita Greenspan and their teenage daughters Hui Hui and Margaret kept “a constant vigil” with Mothersbaugh through video calls, and looking back on the experience now that he’s in the clear, he tells Roberts that their virtual presence is ultimately what kept him grounded and got him through: “If you have anyone that you know who’s in ICU with COVID, contact them and keep them in touch with the outside world, because it’s easy to lose track of where you are and why you are. I had no idea I was on a ventilator for 10 days. Time meant nothing.”