Resilient is back with urgent new EP Take Two - WXPN 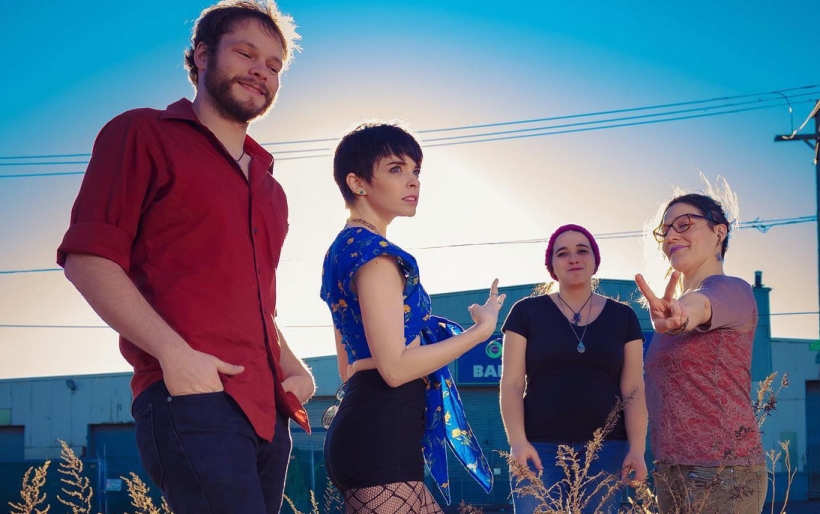 Resilient is back with urgent new EP Take Two

Erin Fox got the band back together for Resilient‘s new EP, Take Two. The ever-evolving Philly grunge-punk project has been around since 2013, and has lived up to its name by releasing music and playing shows around town consistently over the years, and reuniting despite conflicting schedules and busy personal lives to make the new EP.

Take Two is also reflective of its name: the EP’s six songs were all live tracked and recorded in “one or two takes,” according to the band. It features Resilient’s original lineup of vocalist and guitarist Erin Fox, her sister Katie Fox on drums, Kat Bohn on bass and vocals and Buckminster Kellorgg on guitar. The four musicians carved out time last fall to record the new tunes with with Sean Reilly at Studio North, before 2020 presented unforeseen challenges for their release. They found a creative challenge in the pandemic restrictions, though, and recorded a “quarantine-style” music video for the track “Superior.”

All proceeds from the EP, which is listed at name-your-price on Bandcamp, will be donated to Black Lives Matter Philly. Take Two has already made over $100 since its release last week, and according to the band, “We will continue to donate our album sales because that’s the very least that we can do.”

Listen to Take Two below.