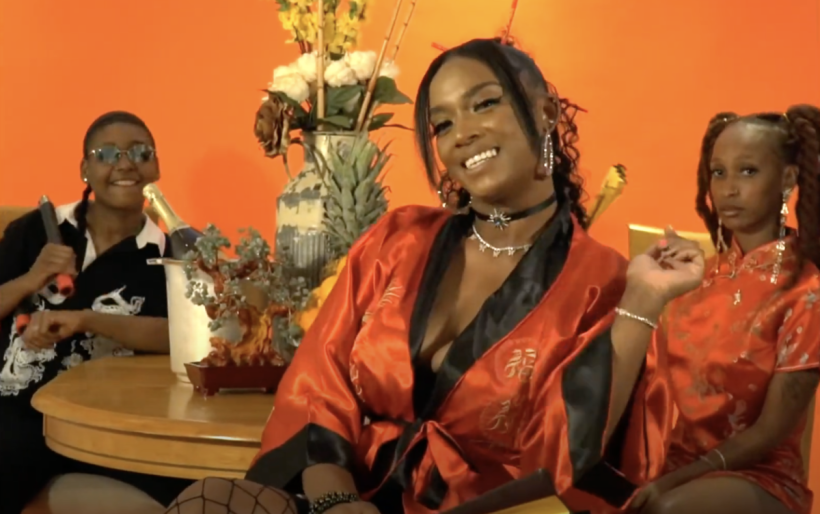 Wrapped up in chipmunk soul-style samples and booming bass-heavy beats, the debut single from Philadelphia rapper Mariah Geez is inviting as much as it’s impactful. It’s almost as though the catchy-as-hell “Air BNB,” released earlier this week, introduces itself to you at a party, and immediately you don’t want to leave its side. But that level of power and appeal makes sense, since Mariah no stranger to the craft.

A regular at the Uptown Open Mic series in the Ogontz section of the city, Mariah Geez has been releasing fantastic freestyle videos on Instagram as well as demos on Soundcloud for the past two years. She featured on last year’s single “Broccoli” from RapperKLX, and the Kid Ocean produced “Air BNB” makes a formidable impression, introducing Mariah with bars about her Jamaican heritage and Philly upbringing, her ambitious work ethic, and her copacetic approach to stressful times. Favorite lyric: “I ain’t burning bridges, I just burn some incense.”

We get to see more of Mariah’s personality in a vibrant music video for “Air BNB,” shot by the folks at VZUALPORTRAIT. It alternates between bright footage of the rapper and her collaborators Shirmina Geneva and Ruja Ballard grooving in a shimmering gold studio set, and a whole crowd of friends rolling up weed and dancing under a geodesic dome at Urban Creators’ Life Do Grow farm in North Philly. (For more on that farm and the great work they do, check out this chat with co-founders Tyler and Rodney in a video that Philly indie rock band Buddie produced for their WXPN-hosted album release party — they appear at the 8-minute mark.)

The song and the video close on a repeated hook that’s all about focusing on the stuff that’s important to you: “If it’s that bad, it can’t be that good / I love my, I love my baby and my backwoods.” Watch “Air BNB” below and follow Mariah Geez on Instagram and Twitter.