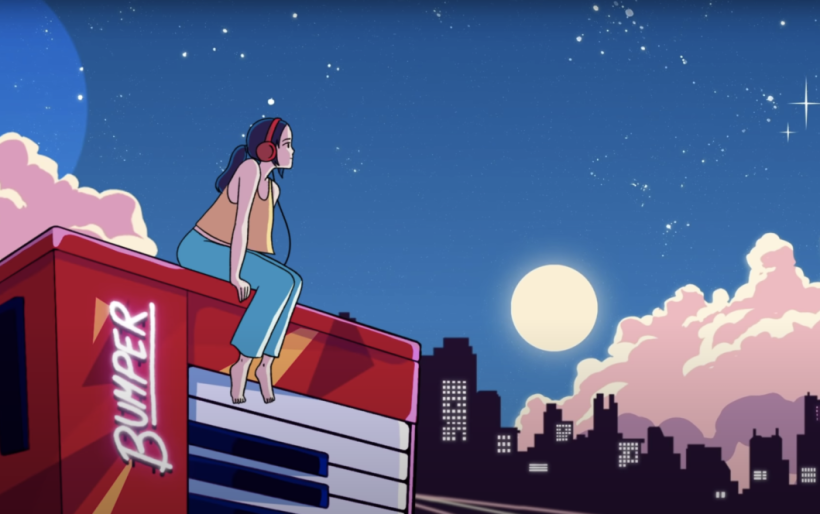 Dancefloor-ready synthpop has been an increasingly large component of Michelle Zauner’s creative palette in Japanese Breakfast, and she leans hard into it on Bumper, the new quarantine collaboration she worked on with Ryan Galloway of the like-minded indie pop band Crying.

The two live three blocks apart in Brooklyn, where Zauner has called home for the past several years, but haven’t seen each other since March. According the YouTube stream of their debut, they started swapping tracks over email in early June, adding layers and vocals and refining what eventually would become the pop songs 2020 EP, out now.

As Zauner and Galloway describe it on YouTube: “Betwixt synth and sample, track and tune, concocting songs that mix the playful quirks of Cibo Matto with the bombastic power of late 80s Janet Jackson, BUMPER emerges from the confines of two NY apartments.”

In an interview with Rolling Stone, Zauner says:

“I’ve always really liked Crying and I think Ryan as a talent is so underrated. I knew that he was such a guitar wizard and his influences are super bizarre, in my world anyway. And I really appreciate that. For this new [Japanese Breakfast] record, I just wanted to work with people that really inspired me creatively. We worked together and made something that was totally out of the realm of what I would usually make. I realized that Ryan had this wealth of material that he was just sitting on.”

Listen to Bumper’s pop songs 2020 below. Japanese Breakfast is on the virtual lineup for Philly Music Fest — the band got its start in Philadelphia, and many of the musicians and crew still live locally — which takes place on September 24th and 25th. More information can be found here.