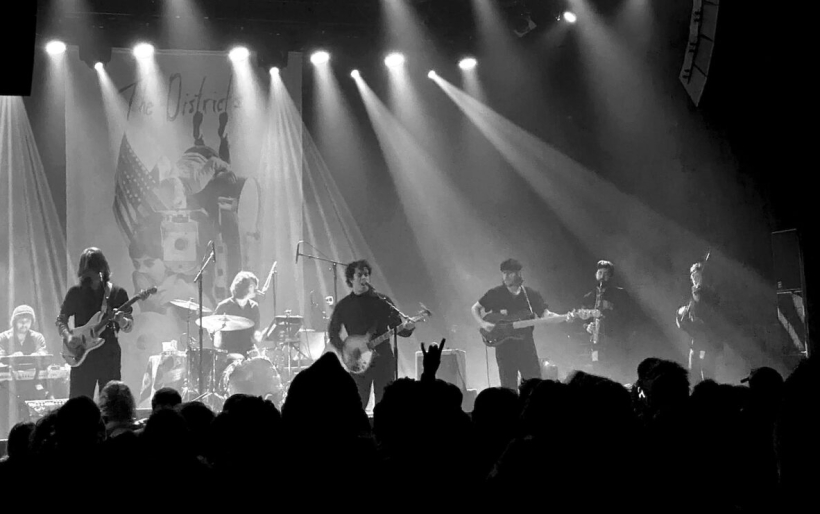 The Districts | photo by John Vettese

Philly indie-rock band The Districts released a remix of “My Only Ghost,” a track from their latest record, You Know I’m Not Going Anywhere. The song is remixed by Argentinian producer Pedro Canale, who has been working under the project name Chanca Via Circuito. Canale’s work under the project features collections of reinvented Afro-Colombian melodies.

Canale’s presence on the new remix adds a touch of psychedelic cumbia, making the track that already feels beautifully distant with its collection of strings and ambient loops even more captivating. The remixed track adds futuristic synths and hints of lo-fi in Canale’s electronic style to The District’s frontman Rob Grote’s echoing fuzzy vocals.

The “My Only Ghost” remix sets itself apart from the rest of the tones of The District’s latest record, but it definitely hits the same emotive mark that is heard throughout You Know I’m Not Going Anywhere. The band’s fourth album is a compelling departure from their past works, with a mixture of mesmerizing, atmospheric tracks that have themes of escapism and self-discovery. Canale’s feature on the track is a wonderful enhancement of the band’s most recent musical explorations.

Listen to “My Only Ghost (Chanca Via Circuito Remix) below, and check out The Districts’ latest album You Know I’m Not Going Anywhere.