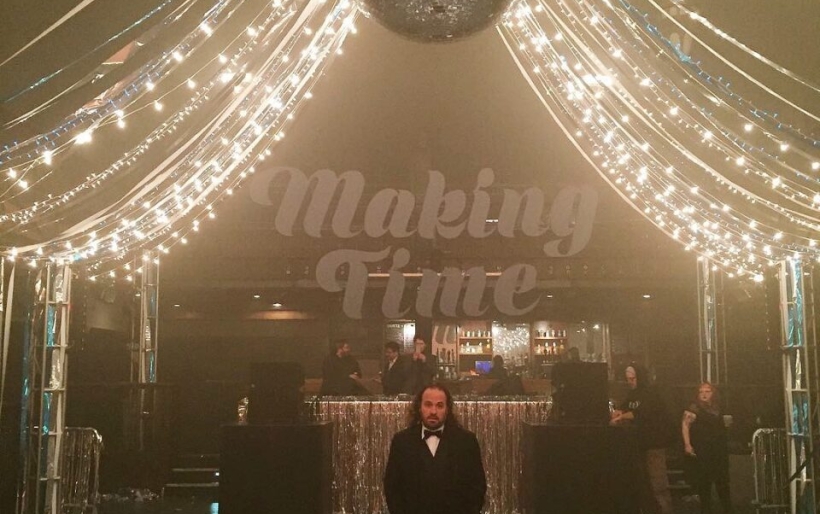 Philly’s own Making Time is one of the longest-running dance parties the world: this year marks its 20th anniversary. A livestream event wasn’t exactly what founder Dave Pianka originally had in mind to celebrate the milestone, but it’s sure to be epic nonetheless.

The 36-hour Social Distancing™ Celebration will take place Friday, October 2 through Sunday, October 4 Social, with folks like Hot Chip, John Talabot, DJ Python Hieroglyphic Being, Otik, Optimo, Making Time founder Dave P., and many more performing as holograms. Klip Collective studios in Philadelphia will serve as the backdrop for the event, with the DJs joining in from around the world to be a part of the immersive video and light installation. Some DJs will also join from a few satellite locations: Pappy & Harriet’s in Joshua Tree, CA, and Good Room in Brooklyn, NY.

According to Hot Chip’s Al Doyle:

“The first time we played for Dave at Making Time we were totally green, inexperienced newbies, with a lot of chutzpah but absolutely no idea. We’d forgotten most of our percussion and so we had Dave running around Philly looking for the right cowbell. He’d taken a chance on a pretty unknown bunch of pasty English guys and we didn’t wanna let him down, so we played our hearts out, and let our new friends guide us through the Philly afterparties. Many years later it’s with the same enthusiasm, but a lot more hardened experience that we’ve approached this holographic endeavour, and it feels good to play again after such a long ride. Viva Making Time, viva Dave P and big love to all the ravers down the years.”

One dollar from each ticket sold will benefit Philadelphia Lawyres for Social Equity and the Plus1 for Black Lives Fund. See the full lineup below and buy tickets here.