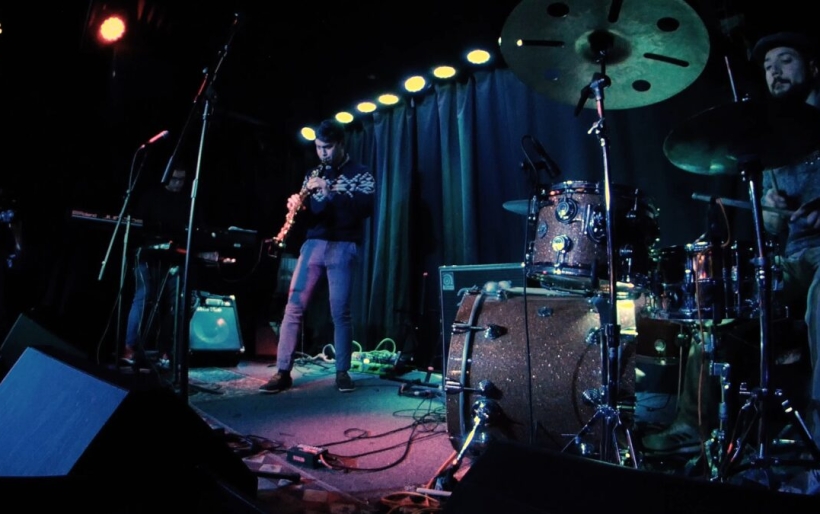 Philly-based woodwind musician and composer Gabe Preston released their first debut single, “Yumeni“, under the group GPS. Short for “Gabe Preston Sounds/Sessions,” the project is composed of Preston, Anthony Passante Contaldi on keys and Ben Singer on drums. Preston has made appearances around Philly playing the saxophone with many local bands, including Stella Ruze’s performance on The Key Studio Sessions.

“Yumeni” means “dream” in Japanese, and that is exactly how the composition sounds. The track introduction creates a blissful sound with soft cymbal crashes and keys, and Preston’s flute and soprano sax bring a mellow touch. The middle of the composition features a thrillingly heavier presence on the drums, led into the keys concluding the track with a sparkly, dreamy glissando. Preston’s sax really pulls all of these elements together to make the composition feel like a dream-like state of mind.

In a statement on Bandcamp, Preston describes the song as being about a multitude of topics, including the dreaminess aspect, but also their personal experience having conflict with their identity as a biracial person. They originally dedicated it to people who also had struggled to navigate their holistic identities, but the climate of our country and recent events inspired him to dedicate the track to those who unjustly lost their lives. The cover art by Jude Thai encapsulates these topics, with a person reaching out into the night sky containing constellations of George Floyd and Breonna Taylor.

Preston says in the track description, “This is what ‘Yumeni’ is all about: a dream for that ultimate call to action, waking up to what is now and realizing the distance remaining towards that dream.”