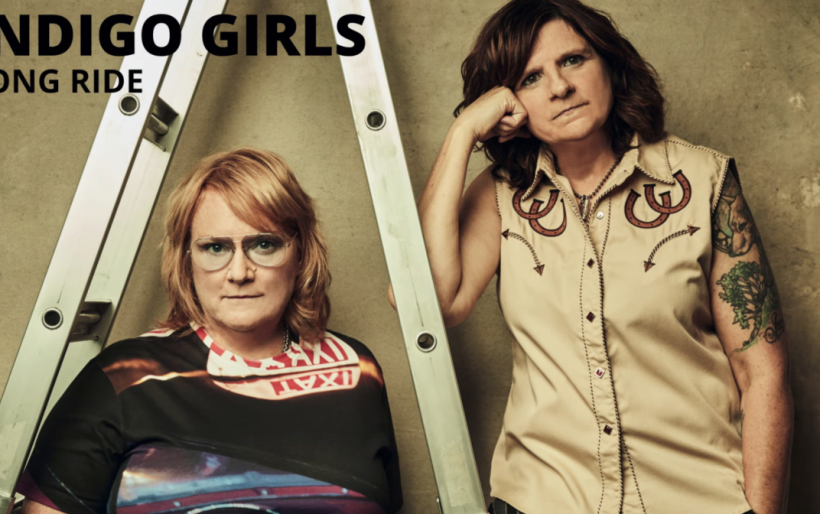 The duo of Amy Ray and Emily Saliers’ new track “Long Ride” feels very familiar to the comfort that often comes out of the Indigo Girls’ discography. Activism and social issues are frequently a part of Indigo Girls songs, making them champions of LGBTQ+ advocacy and other social justice movements for many fans throughout the years.

Ray and Saliers share with NPR that they were initially a little reluctant to write a song about something with so many layers to it, as well as not being removed enough from the time since we are still living through the pandemic. Ray shares that she was inspired to write the track because of friends and family expressing frustration with being pent up in isolation, a feeling many have experienced during the months of COVID-19.

The new song is the first time the pair have co-written a song in 30 years, another driving factor to fill a void that they, and many musicians, are experiencing right now of not being able to tour or be in a creative environment. On “Long Ride,” the Indigo Girls channel their ability to make a song that feels like a communal experience, singing a message many need to hear, “hang on my friend / I know, I get it.”

Saliers tells NPR, “it’s very hard to judge what anybody is going through right now, or how they’re reacting to it, so I like the camaraderie of ‘it’s gonna be a long ride, I know.’”

Indigo Girls were also inspired by the ongoing Black Lives Matter activism, which they allude to in the lyrics, “raising a fist against the racists.” Ray tells NPR, “We as a nation have to acknowledge that racism is rampant in this country; we have to start there before we can even start to dismantle the systems that allow it to carry on.” They also emphasize the notion of many activists being “baited,” singing “don’t let the violence claim ya,” which they note the need for organizers and activists to not give in to the violence they may experience because that is exactly what people want them to do.

“Long Ride” is a fitting addition to Indigo Girls’ repertoire of songs that are often full of validation, resilience, and consolation. Hearing the duo in the upbeat, folk driven song sing lines of motivation falls into place with songs such as their classic “Closer to Fine,” which boasts comfort lyrics like “the best thing you’ve ever done for me / is to help me take my life seriously / it’s only life after all.” The small reminders of encouragement in their tracks are often what we need in difficult times, and “Long Ride” does not fall short of that concept of being a powerful comfort song.

Listen to “Long Ride” and hear the full Morning Edition interview below.