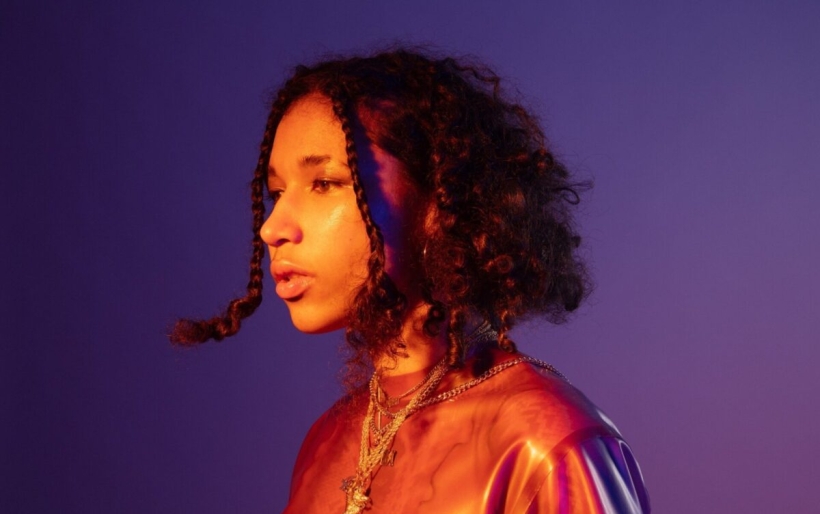 West London rapper and creative Lava La Rue released a one-time audio-visual project, “G.O.Y.D.,” featuring additional vocals from Clairo and production by VEGYN. The DIY video project features submissions from fans for the theme “The 2020 Summer of Love.” La Rue says in the video description the idea focuses on “the concept of the fluidity of love in times of isolation.” Proceeds from the first-week release, merch and zine will go towards For Our Sibs, an Atlanta-based Black Trans exclusive collective that works to provide sustainable aid for Black Trans, Non-Binary, and Intersex individuals.

In addition to being on the track, La Rue leaned into their DIY background by putting together the visual aspect of the project. In college, La Rue started an underground music and arts collective called NiNE8, described on the webpage as a collective “comprised of a range of young musicians, rappers, artists and other creative individuals.” La Rue’s experience working with a collective reflected in the G.O.Y.D project, where anyone was invited to submit videos “loose and far” on the concept of love in isolation.

The idea of love in times of isolation really centers on what is happening right now, but the song was actually written in 2018. La Rue told Hunger Magazine, “The song is about the girl of my dreams and a long-distance relationship. It was originally written back in 2018 with Vegyn on the production and a close friend of mine.” Facetime and virtual communication have become a huge part of the way we live life now, but the visual element of the project doesn’t show people at a distance. Instead, videos of people in bedrooms, people skateboarding, poems, and more visual components display an intimate side of what life has been like. Visuals of protests are also within the video, speaking to current activist efforts by the Black Lives Matter movement and the project raising funds for For Our Sibs.

The visual aspect fits perfectly with the way the song feels. La Rue’s vocals on the chorus are mysterious and soft, accompanying the dreamy melody; it almost feels like glitter. The rap features rapid visuals until Clairo’s vocals at the end of the track bring slow, soft scenes of nature and intimacy, fitting traits of her sound. Together, the pair form an intimate and sincere song that speaks to the lyrics, visuals and the less isolated times of isolation.