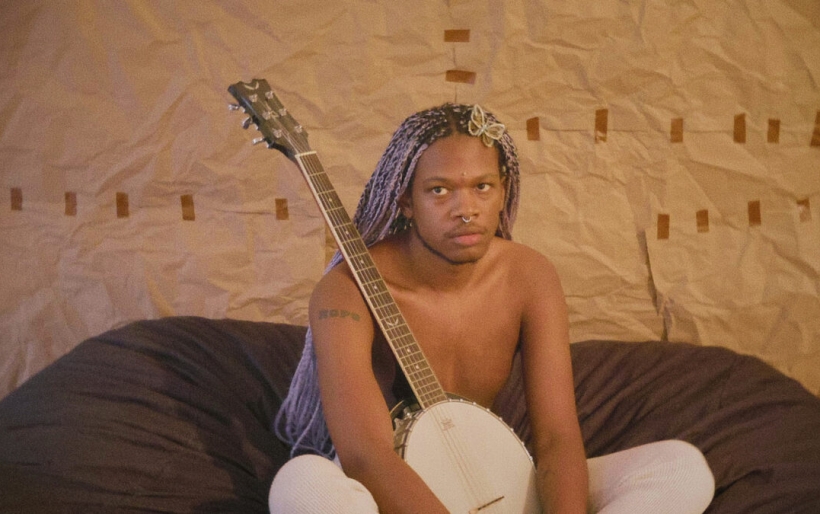 Shamir | photo courtesy of the artist

Shamir confronts the afterlife on country-tinged “Other Side”

Philly-based artist Shamir has released the final single, “Other Side,” off his upcoming album, Shamir. “Other Side” follows “Running,” “I Wonder,” and “On My Own,” all released through the summer. All of the singles so far have showcased a vastly different sound than many of Shamir’s most recent releases, influenced primarily by ’90s rock and pop, and Shamir has described the upcoming project as one of his most accessible since 2015’s Ratchet.

“Other Side” is no exception to the indie rock influences from the previous tracks, though its distinctive country flair certainly sets it apart from the singles so far. Shamir’s characteristically high-pitched vocals are a perfect fit for the production: this track wouldn’t sound out of place on an Ennio Morricone score.

Despite the track’s jangly guitars and upbeat melody, Shamir’s exploration of afterlife draws inspiration from fairly heavy subject matter. “I watched an episode of Unsolved Mysteries about a woman whose husband was lost during the Vietnam War and how she never gave up trying to get answers about what happened to him. I wrote this song from her perspective. They’re both now deceased, so the song is also about how (I hope) they’ve reunited in the afterlife, or more accurately, the ‘Other Side,’” Shamir said.

Check out Shamir’s “Other Side” below. Pre-save Shamir’s upcoming album, Shamir, on Spotify here, out October 2nd.