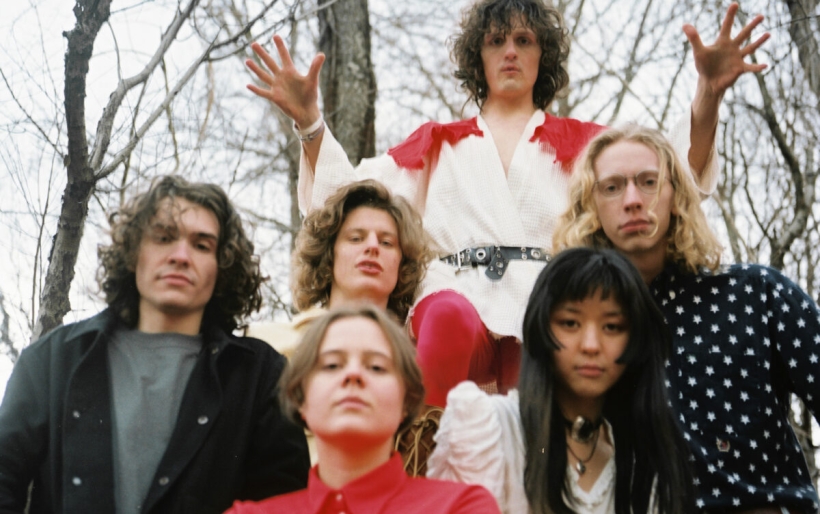 Experimental rock band Godcaster is taking their thrashing sound to the woods for a special live stream performance on October 1. The Philly and NYC based band is coming off the release of their debut LP Longhaired Locust, a sonically riveting garage-rock album that displays their desire to transcend the limits of sound.

The 14 track record pulls on sounds of early LCD Soundsystem, Pink Floyd, and Stereolab, to name a few, but add their distinct, rambunctious elements that make for an exciting debut. Lead singer and guitarist Judson Kolk and drummer Sam Pickard bring an element of unconstrained melody balanced by complementing bass and keys. Channeling the outer-worldly elements of their music, the art-rock group touches on many sub-genres to create a thrillingly eclectic sound that is very uniquely their own.

Tickets are available for Godcaster’s green and arboreous live stream from the Philadelphia woods on October 1 here. Their debut album Longhaired Locust is available now.