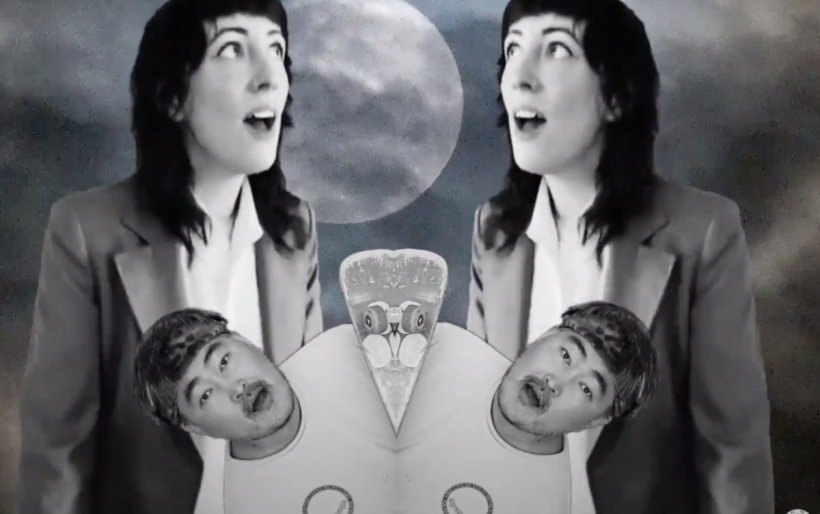 The song, originally performed by Sparks with Jane Wiedlin of The Go-Go’s, maintains its uplifting synthpop spirit in this cover, and pairs it with a super fun music green screen music video. Directed by Chris Graue, the visual finds Koch and Park globetrotting in the spirit of similar videos for Phoebe Bridgers’ “Kyoto” and The B-52’s “Roam.”

Koch has been quite productive this year, releasing a terrific full length by Gladie called Safe Sins on Lame-O Records just before the pandemic touched down, and following it up with equally strong EPs Orange Peels and Thank You Card in the months since. She also shared a Neil Young cover in her trio project Sheena, Anika, and Augusta, and co-organized a new edition of the Don’t Stop Now compilation benefits.

Park, whose label released the Tired Eyes 7″ by Cayetana back in 2016, played in Jeff Rosenstock’s band on Seth Meyers this week, and made a cameo in a recent Touche Amore music video, as Brooklyn Vegan notes.

Watch the “Cool Places” video below and grab a download of the cover at the Asian Man Records Bandcamp.