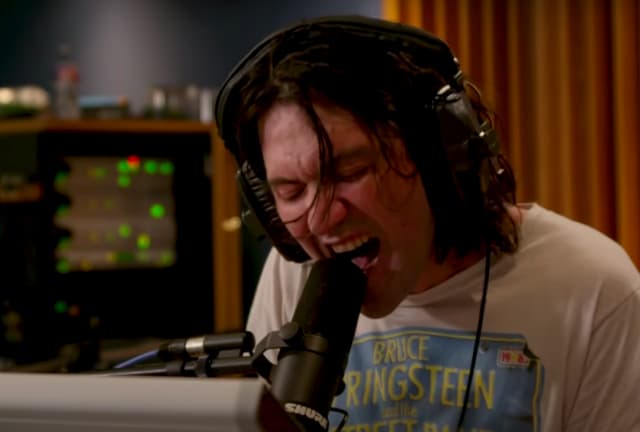 Bright Eyes’ latest album (and their first in nearly a decade), Down in the Weeds Where the World Once Was, was released a little over a month ago. Earlier this week, the Nebraska-based folk rockers, helmed by Conor Oberst, performed for NPR’s Tiny Desk in a four-song “live” show.

Despite the band being scattered (Nate Walcott and other instrumentalists played their parts in an LA studio, while Oberst and Mike Mogis recorded in Nebraska), the set still feels seamless, inspiring, and brutally honest, just like their latest record.

The set features “Mariana Trench,” “Pan and Broom,” and “Persona Non Grata,” all from Down in the Weeds Where the World Once Was, and closes with “Shell Games,” from their 2011 album, The People’s Key. Check out Bright Eyes’ Tiny Desk (Home) Concert below.