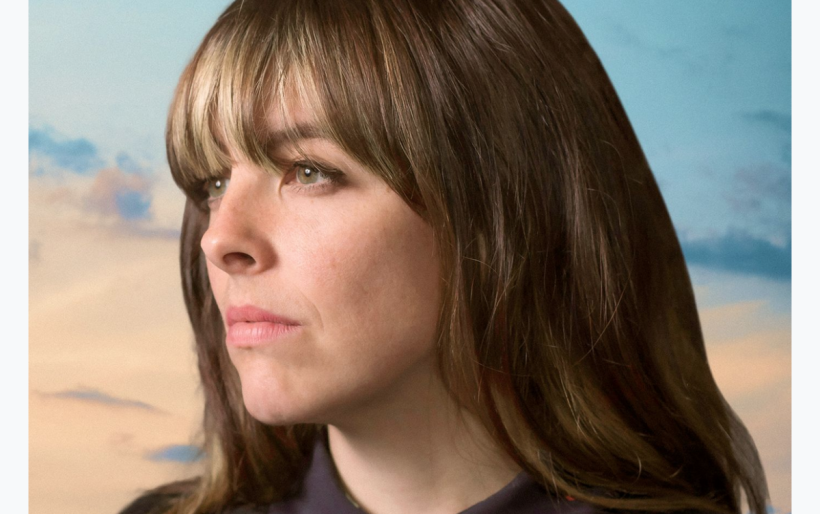 Halifax producer Ryan Hemsworth has worked with a range of artists — including Tinashe and Mitski, plus remixes of Kanye West and Grimes — and for his new project Quarter Life Crisis, he’s teaming up with a handful of musicians from the DIY rock world, including Philadelphia’s Frances Quinlan.

The lead singer and songwriter of Hop Along is featured on “Postcard from Spain,” the lead single from Quarter Life Crisis, out December 4th on Saddle Creek, and as the music splits the difference between chugging rock and shimmering synth, Quinlan’s impressionistic lyrics nod to Buffy Sainte-Marie, pale Valencia oranges, a little apartment and an ocean nearby — as well as isolation and personal trauma.

“What is his pain like?” Quinlan sings. “He thinks about it enough on his own time.”

In a Facebook post, Quinlan writes that Hemsworth approached her about writing lyrics to the song last year, and that the collaboration was in many ways new territory for her:

This song struck me immediately. I went into producer Ryan Schwabe’s studio in Philly to lay down vocals, and we collaborated on that arrangement — the chorus especially — Ryan Schwabe pulled my best from me. It was fantastic to work with 2 excellent and adventurous producers on this jam. Ryan Schwabe also has a friend (Mr. D) who leads West Philadelphia Achievement Charter School Choir; he reached out and they thankfully said yes to contributing their voices. They sound fantastic.

I’ve never written full verses and choruses to someone else’s melody. It was exhilarating to get to work this way. Thanks to Ryan Hemsworth for this opportunity and for writing such killer jams, & thanks to Ryan Schwabe for recording me and assisting w/vocal arrangements, and as always for his mixing and mastering prowess. And thank you to WPACES choir! I can’t wait for the whole album to come out and am grateful to have taken part.

Other contributors to Quarter Life Crisis include Meg Duffy of Hand Habits and Charlie Martin of Hovvdy, pre-order the project here an listen to “Postcard from Spain” below.