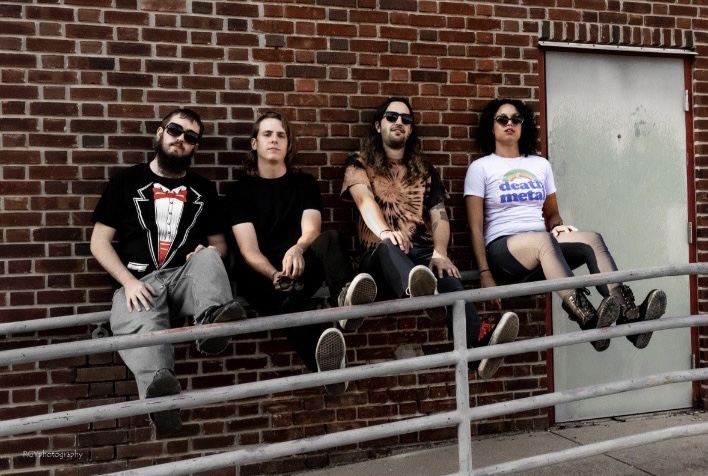 From listening to the EP, it’s clear this is the work of seasoned players. However, as they said on their Instagram, it’s the first document of these players working together: “This was such an awesome first time recording together as a band and we are so grateful for the support we’ve received thus far…only up from here.”

The Heavy Hive spans five tracks with a heavy presence of second-person songwriting, with lines like “Who are you?” in the psychedelic ”Lament” directly addressing the listener and forming a personal connection to Terrell’s impressive and captivating vocals. Lyrical breaks throughout the tracks showcase the rhythm section, like on the opener “Eye Spy (Third Eye),” featuring distorted guitar rhythms and thunderous drums.

On “Counting Tiles,” the group strips back a bit and showcases a gentler style with a catchy guitar melody and beautiful vocal range from Terrell. The set-closing “Bring Me Your King” is a change in tempo from the last, boasting a faster pace and vocals ranging from short-form chants to incredible belts.

The arrangements of guitarist Eric Gockley, bassist Mark Roseman and drummer Kyle Barbaretta are the bones of The Heavy Hive’s sound, but Terrell’s soulful vocals give them life; strong and emotive, she sets the overall mood for each track. The band describes the debut EP on their Bandcamp as “all 5 Fingers curled up into a swift fist that hits your stomach like a hard wave at Sea.” The Heavy Hive is a very promising punch to the gut.

Listen to The Heavy Hive below.