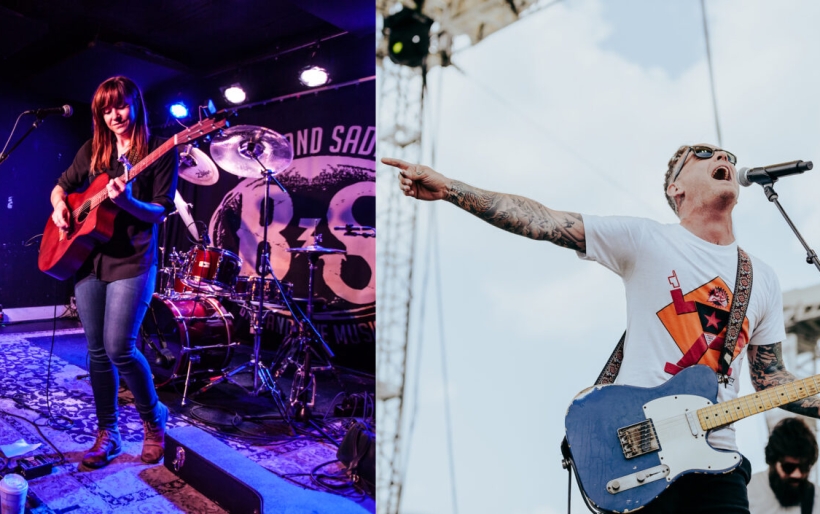 “With the pandemic rolling in and all of our touring plans cancelled, it seemed like a great time to try some home recording, and to do this project that I’ve always wanted to try.,” Hause said. Inspired by other cover albums, including Bruce Springsteen’sThe Seeger Sessions, Hause decided to pay tribute to “two of [his] favorite songwriters on Earth.”

The latest single–out today–from the Patty EP shows Hause, assisted by Stevenson, covering Griffin’s “When It Don’t Come Easy.” Hause and Stevenson both used their experiences as parents to guide their take on the track: according to Hause, the two singers “spent 90% of [their] correspondence chattering about raising little kids and about 10% on music.” This approach shines through in the barebones track, where Hause and Stevenson duet over a single electric guitar. Synths and percussion wash into the track, too, but the relatively sparse instrumentation provides a gorgeous setting for the two singers.