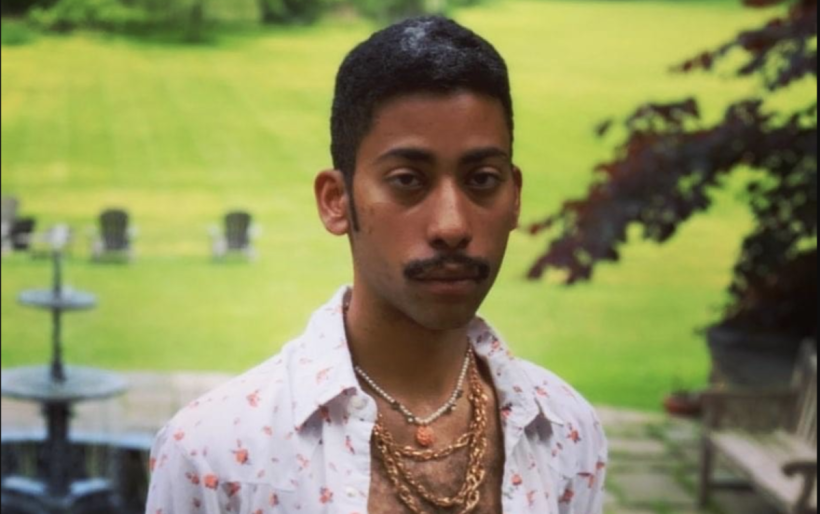 It is clear that PINK i wanted to make themselves known in a manner that didn’t conform to any predominant conventions of hip-hop in their debut single “Step Inside”.

The track is an invitation to join their new world of bass-heavy and rock-infused alternative hip-hop. The Lancaster-based musician’s background extends beyond the PINK i project, being a theater actor and musical partner of Bones Culture, a musical collaboration collective of independent music artists. BenOaks, a co-founder of the collective, is a featured producer on the track.

“Step Inside” is a beat-heavy assertion of confidence, with PINK i making space for themselves as they sing in the chorus, “If you see us on the mic, step aside.” Their smooth and raspy vocals are a fresh presence that form a balance between the electronic heavy instrumentals. PINK i explained the meaning of the track and their presence in the hop hop community: “I feel rather unwelcomed in the hip hop world as a queer non-binary artist, so ‘Step Inside’ is my message to all those who uphold heteronormative structures in hip-hop: step inside my world of new hip hop.”

The debut is a catchy initiation of PINK i’s sound that transcends labels, genders and genres. Listen to “Step Inside” here.