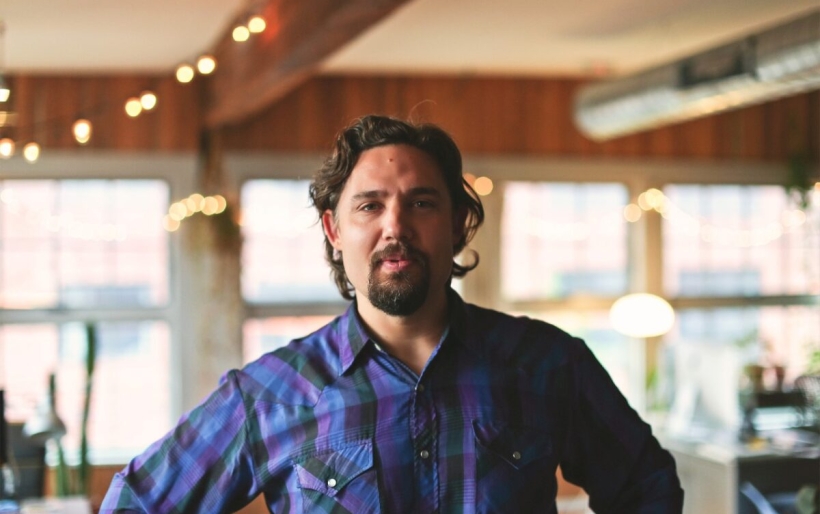 Dan the Movie | photo by Brian Melton | courtesy of the artist

Dan The Movie is the new just-for-fun side project from Dan Bruskewicz of TJ Kong and the Atomic Bomb. Joined by fellow Philly music scene vets, including Jonas Oesterle of the band Purples, Bruskewicz calls their music “an homage to the 90’s indie rock we all grew up loving.”

Their lead single “Annalily” is out now. It was recorded during quarantine, after the band’s four members had been toying with the idea of collaborating for awhile. In contrast to his songs with TJ Kong, which lean heavier and narrative-driven, Bruskewicz is exploring a lighter, more upbeat tone with Dan the Movie. He says the band is “really having a blast being more spontaneous and writing fun guitar rock songs with hooks and bridges and harmonies and all the extras that make us laugh in practice.”

Although the new songs embrace fun and simplicity, the challenges of 2020 has made Bruskewicz realize their hidden depths. He says that “Annalily” was “written to be just a romp about life on the road, with some added darker ideas in the lyrics. But now I’m also understanding how much it’s about a need for connection, that beautiful drug that drives musicians in the first place. Mostly though, it’s just a fun snack of a song. We’re not trying to write the bible.” Listen below.