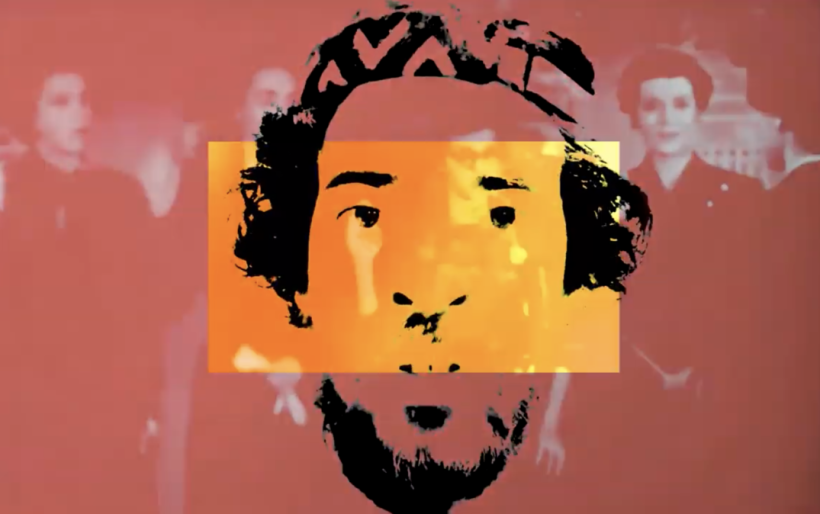 “I Love Living / I Love Learning” is the acronym and message behind Philly experimental hip-hop collective ILL DOOTS, a sentiment that manifests itself throughout their eccentric, multifaceted art-based sound. Ranging from a multitude of hip hop, jazz, and rock influences, their music resists being forced into a genre mold, engaging with a variety of sonic elements. The group’s latest music video for the track “DRO” off of their latest album, Age, further displays their creative perspective.

“DRO” takes on video form in an amalgamation of color-distorted footage, often overlapping and creating a visual that emphasizes chaos and disorder. The track’s instrumental arrangements resemble the synthesized soundtrack to the sci-fi series Stranger Things and continue to build into a dystopic-like landscape with the muffled vocals of Elle Morris, a clear drum beat and continually added distant screams and sirens.

Within the video is a range of unsettling visuals from pills, bomb-droppings, and hospitals. The entire track consists of two main vocal lines posing questions, “What we got when the drugs all run out?” and “How many days you take on your vacations?” Upon their mention, there is a vocal response to the examples of what is left when drugs are gone, including answers like “nothing,” “longing,” “death,” and “regularly scheduled programming.” The lyrics, instrumentals and the visuals in “DRO” seem to push a message that escapism is only temporary and the world that is left to come back to is full of violence, chaos, and uncertainty.

ILL DOOTS’ latest record, Age, features an ensemble of sounds like the thought-provoking chaotic-goodness of “DRO” along with more beat-driven and jazz-infused hip-hop tracks. The group continues their dedication to fostering learning with 20% of the album’s proceeds going towards the Philadelphia Student Union and their fight for “#PoliceFreeSchools.” Check out the video for “DRO” below.