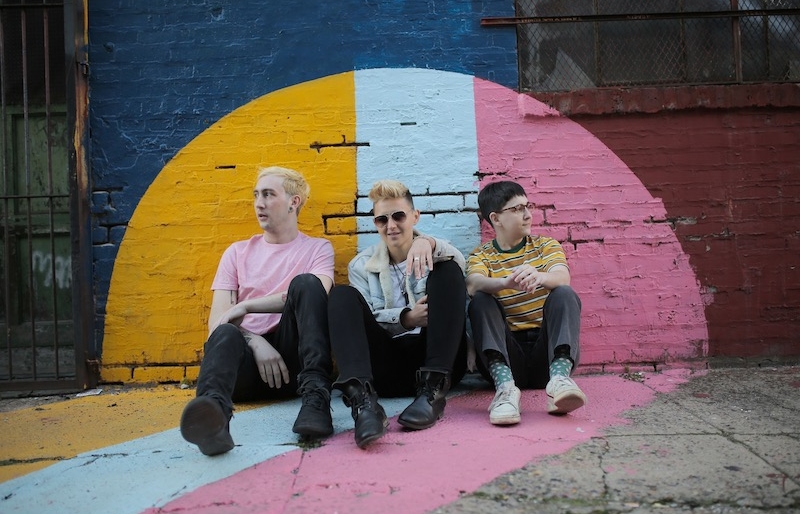 Wallace | photo by Keila Pressley| courtesy of the artist

Philly-via-Lancaster rock trio Wallace is slowly peeling back the layers to their new era with the release of two singles off of their upcoming EP, Grapefruit. The singles have been paired with pastel-colored visuals in the project’s artwork, promo-shoots and accompanying videos for each track. The first two installments, “DYSLM” and “New Friends,” sonically emphasize their arrival with an exciting new twist that builds on their sound.

“DYSLM” begins on an intense note with distorted sounds collapsing into a gentle piano ballad. Frontperson Wallace Gerdy’s vocals start off emotionally raw, only to be met by the ferocious sounds of Adam Figurelle’s drums and the bass of Hannah Pugh. The track’s visual performance includes a play on the record’s name with brief clips of a grapefruit’s pieces being taken away one by one, also subtly drawing on Gerdy singing “Please just stay and take the pain away.”

The isolation of Gerdy’s voice closes out “DYSLM,” and continues in “New Friends,” which begins and closes on heavy notes with walls of thrashing sound, with lyrics boasting thoughtful wordplay: “I’d give you every piece of me / My heart, my lungs, my tongue in cheek.”

Following their 2018 self-titled LP, the previews of Grapefruit tease a new version of Wallace that is equal parts raw and built-up, still engrained with the band’s intense sound. According to Wallace’s Facebook, the five-track project and its accompanying short film is an “ambitious endeavor” that “examines the story of love lost, pain, forgiveness and the search for release in a necessary bitterness.” The EP does not yet have a release date, but you can check out the visuals for its singles here and listen to “New Friends” below.