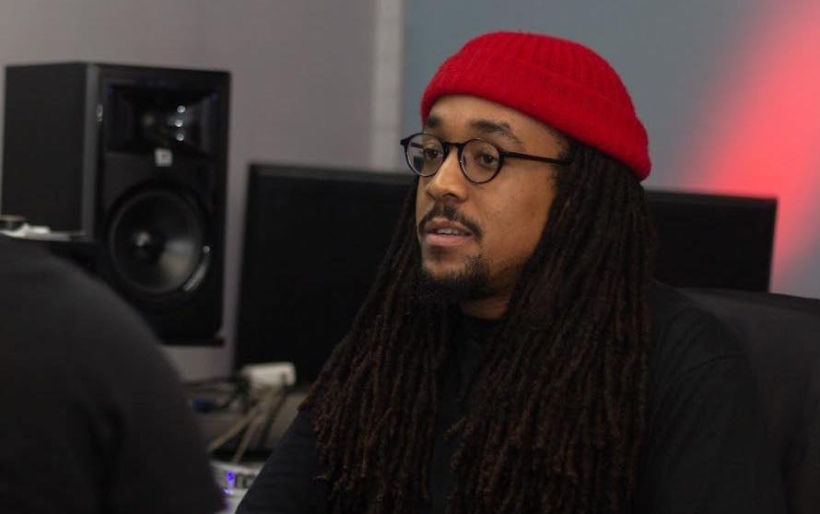 WXPN is excited to welcome a new voice to the airwaves: Philadelphia’s Rahman Wortman, who will be joining us this fall hosting various airshifts.

Rahman has been part of the XPN family for several years, is a frequent contributor to The Key, and earlier this year appeared on air on the XPN Local Show, conducting interviews for our Checking In series with artists like C.J. Mills and Ivy Sole.

As he gets ready to join us on the radio on a regular basis, we asked Rahman to share five fun facts about himself as an introduction to the XPN audience. Here’s what he had to say.

I used to do spoken word back in the day, and my favorite places to perform in the city were Jus Words and Pecola Breedlove & The Freedom Party. Jus Words was a tough crowd to win over as an artist, but when you won them over with your work, the love and response was everything. Pecola Breedlove & The Freedom Party felt very welcoming the way a church is supposed to be to the community — it allowed a lot of people to be open which birthed a lot of amazing poems and songs.

2. My first time on the radio was at Temple.

I started interviewing music artists when I worked as an on air host at Temple University’s radio station WHIP.  I started off working on a show called Powerhourmuzik with DJ Taaj and Kile. I would be in the background running the boards while the two of them were on air hosting the show. Powerhourmuzik is where I met and got to work with two of Philly’s current favorite DJs: DJ Hvnlee and Bobby Flowers, who at the time was known as DJ Lean Wit It.

3. I’ve been with WXPN for six years.

I started off as an intern writing album and concert reviews, then three years later I became a contributing writer who now got to interview local artists as well. I love interviewing DJ’s because I don’t think they get enough credit for their contribution to the music business. Some of my favorite articles that I wrote for WXPN a story about Pecola Breedlove & The Freedom Party, a piece about the 10 year anniversary of Meek Mill’s Flamers 2, covering a Pusha T concert and an indepth interview with Philly R&B legend Musiq Soulchild.

4. I love listening to music and watching interviews.

Currently I’m listening to hip hop samples, SiR, Benny The Butcher, Khruangbin, L’indecis and Knxwledge. My favorite interviews to watch or listen to are from the late James Lipton, Elliott Wilson, Big Boy, Sway and Nardwuar the goat.

Pre-COVID-19, I hosted an event called The Juice Jam every last Friday of the month. It was created by my good friend, hip hop artist James Weldon, and to our surprise The Juice Jam set a vibe that attracted some really dope talent our way. I love when local musicians and artists come through and jam with our house band The Experience (Cam, Kayla, Larry, and Justin). I love when The Experience cover songs that our DJ’s N Dot or Rich Pastor Swag play throughout the night. It’s a good vibe that attracts good people.