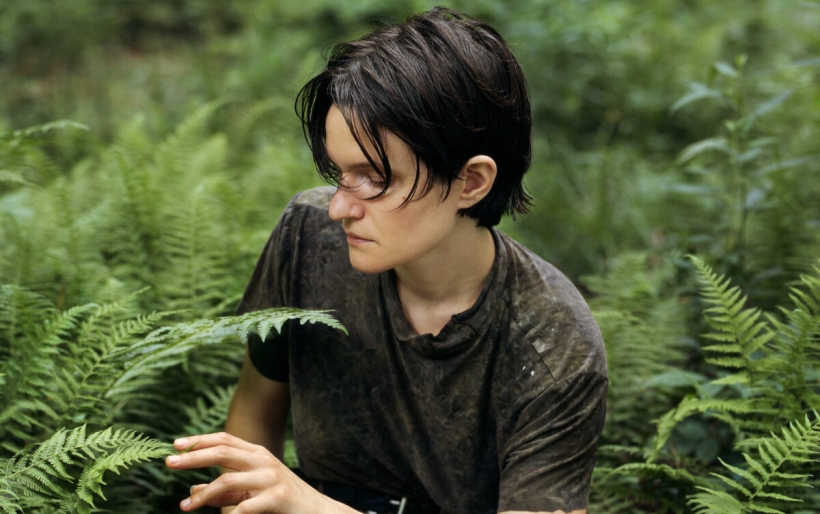 Adrienne Lenker | photo by Genesis Báez | courtesy of the artist

Lenker’s new collection of music is as delicate and vivid as a fallen autumn leaf. As the albums’ names suggest, songs showcases Lenker’s unique vocals and tender lyricism on more traditionally structured tracks, while instrumentals is a free-wheeling set of guitar-led music, simply separated into two songs (“music for indigo” and “mostly chimes”). On both albums, deeply compelling guitar melodies combine with minimal percussion to encapsulate the sensual chill of an October breeze. On the tracks when she sings, Lenker’s lilting, airy vocals float alongside the instrumental lines perfectly.

In addition to the full release of the albums, Lenker has released a video for “zombie girl.” The video is as sweet, bare, and intimate as the song itself, simply focused on Lenker sitting crossed-legged in a cabin, cut with shots of trees and greenery.