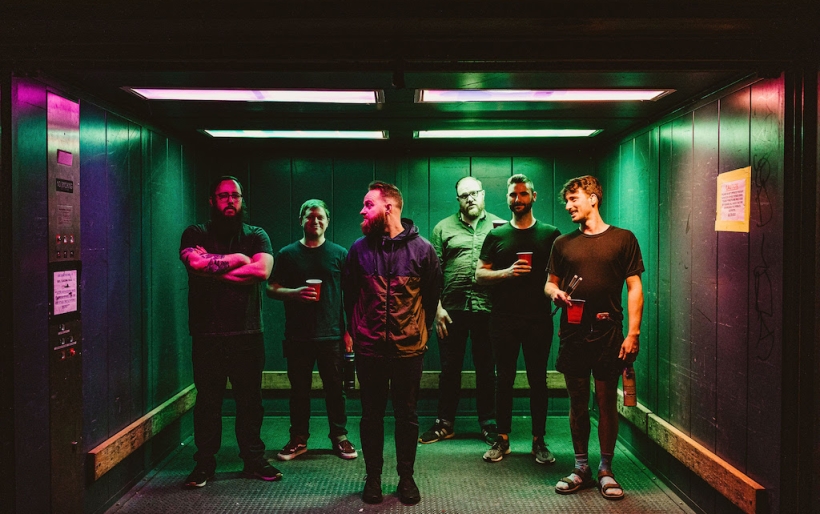 In celebration of the ten-year anniversary of their albums The Upsides andSuburbia: I’ve Given You All & Now I’m Nothing, The Wonder Years has returned to their pop-punk roots with their track “Brakeless.” The single comes as one of two that celebrate both eras of the LP’s as well as commemorating their achieved goal for their Voter Registration Day challenge to register 1000 voters by October 20. “Brakeless” represents the styles, aesthetics and inspiration of The Upsides, the group’s second full length that bridges emo and happy pop-punk in its lyrically youthful, relatable spirit.

“Brakeless” was recorded this past summer and came out of the dust from a demo that was dated from the writing of Suburbia. Vocalist Dan Campbell explained the reclamation of the old idea and how it turned into something nostalgically new via a press release, “I was going through old hard-drives full of demos and voice notes when I stumbled onto an idea I had that never got brought to the band. Listening to it ten years later inspired an idea: ‘What if we tried to go back and write songs that sounded like those records? What would that sound like?’”

Since their beginning era, The Wonder Years have evolved and shifted between sounds and styles, bringing new progressions to each project. In order to fully replicate The Upsides and Suburbia, the group dug into memories and reconnected with the people who made it happen. Suburbia’s producer Steve Evetts and The Upside’s mixer Vince Ratti both came back in their respective roles to work on the tracks, and Mitchell Wojcik, the artist behind The Upsides cover art, created the cover art for “Brakeless” as well.

“Brakeless” is a catchy, pop-punk spirited track that hones in on those early narrative-based lyrics and sonic elements of The Wonder Years while adding in their seasoned, veteran sound to honor the iconic era of their early music. Its storytelling speaks to the youthful experiences that made up their early work, emphasizing challenges that come with growing up and the mid-twenties in a sort-of humorous light, “Picking lunch over the subway / I got four bucks to my name.”

On October 30, the group will virtually hold their Occasionally Annual Halloween Extravaganza.The event will feature a full live set as well the six-piece band splitting into two groups to duel in their Blink-182 cover sets. Tickets are available for purchase here. Check out “Brakeless” below.