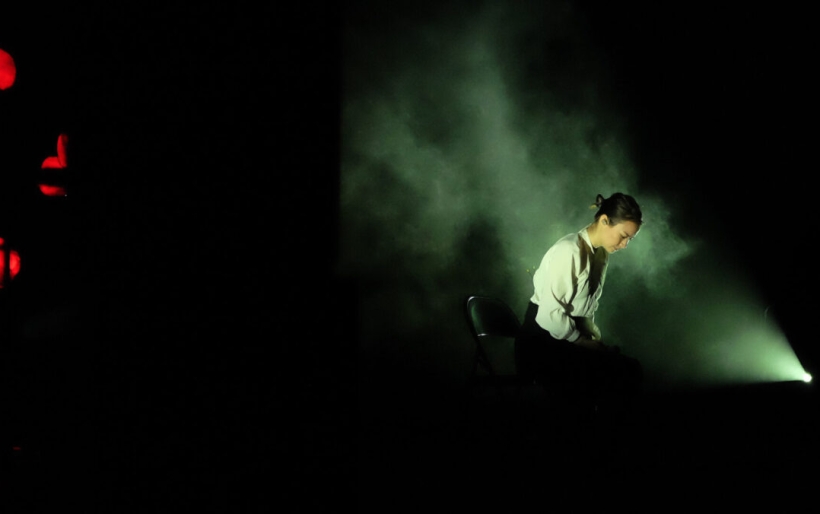 Mitski to score upcoming graphic novel This Is Where We Fall

After announcing an indefinite hiatus following her last performance in support of her fifth LP, Be The Cowboy, Mitskihas been relatively silent. The singer/songwriter hasn’t released any new music since then, though she’s been featured on Allie X’s “Susie Save Your Love” and officially released an old recording, “Cop Car,” as part of the soundtrack for last year’s horror movie The Turning.

Today, however, Mitski has finally announced new music, though it may be a bit different than what fans are used to. Instead, Mitski is creating a soundtrack for the graphic novel This Is Where We Fall.

“It was exciting to make a soundtrack for a comic book. It allowed me to work outside of my usual songwriting form and try to approach it like a score, but without any of the cues that come with working alongside a moving image, which ended up being both freeing and challenging,” Mitski said in a statement about scoring the novel.

The author of This Is Where We Fall, Chris Miskiewicz, is known for Grateful Dead Origins, another graphic novel detailing the metal band’s history. The illustrator, Vincent Kings, has worked on several video games published by Telltale Games, and has inked a number of other comics and graphic novels.

Pre-order a physical edition of Mitski’s soundtrack for This Is Where We Fall, as well as the novel itself, here, May 2021 via Z2 Comics.