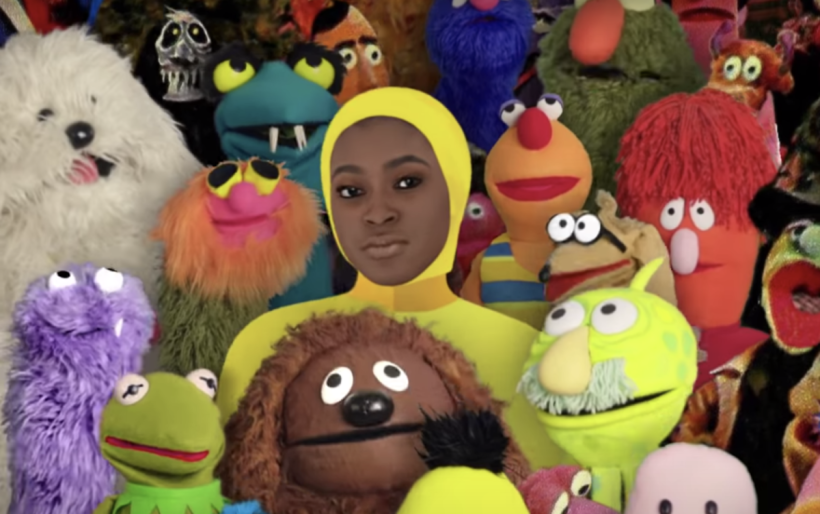 The upbeat bop is built around wordless vocal harmonies, bright bass drops, and bars from Whack about success, and also what it takes to get there: a supportive network behind you.

Up top, she raps “Like a sports bra, bae, I need support / I say less is best, but I need more.” Later on she’s even more urgent: “Yeah, open the door / Tell ’em that you tired of bein’ poor / Yeah, style galore / Pull up in a tank, ready for war.”

The Alex Da Corte-directed video for “Dora” is a mix of animation and surreal real-life footage where we see Whack surrounded by muppets, Whack opening an endless series of doors, a half-horse-half-human Whack, and Whack riding a toy turtle (a possible nod to her good friend Boots). The song is two and a half minutes, and continues the Philly artist’s winning streak of crafting songs and visuals that get stuck in your cranium.

Earlier this year, Whack joined fellow Philadelphian Jill Scott in a track on Alicia Keys’ new album ALICIA, and released a quarantine single called “Stuck.” Before the Coronavirus lockdown kicked in, she visited South Philadelphia High School donating instruments and money raised during her House Of Vans gig in the fall. Experience Whack’s new “Dora” below.