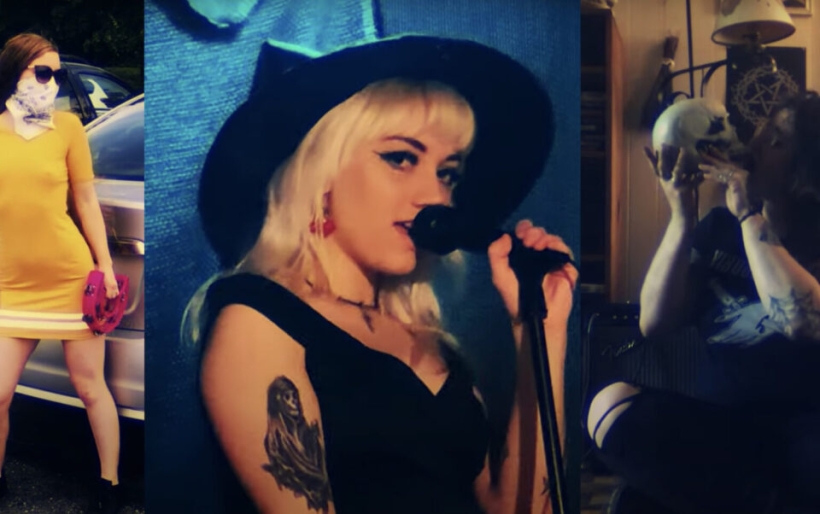 Philly retro rockers Vixen 77 were just starting to pop off at the beginning of 2020 — a packed house Ortlieb’s gig was one of the only pre-pandemic gigs this writer got to experience — and though there haven’t been stages for them to play since March or so, they’ve given us a window into the way music has rocked their quarantine in the new music video for “Little Witch.”

Filmed in and around the various bandmates’ homes, we see guitarist E.A. Cartwright conversing with a skull, “poor Yorick” style, while guitarist Caitlin Walker and bassist Jaz shred around a cozy carpet. Drummer Mare Lemongelli appears behind the kit and on TikTok, and singer Halle Clouser dons witch attire and dances with a cat under basement lights.

The song, released in February, uses ominous imagery about knives and violence and the occult to sing about finding a person who makes you feel comfortable and able to let your guard down in a wicked world. Check Vixen 77’s “Little Witch” video below.