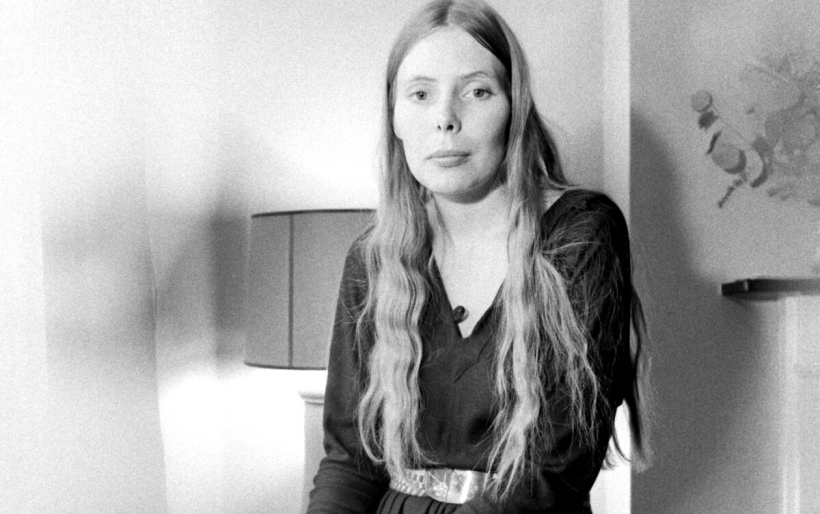 Joni Mitchell Archives Vol. 1: The Early Years (1963 – 1967), is a new 5 CD and digital collection of songs that features nearly six hours of unreleased home, live, and radio recordings. While the collection begins in 1963 with her earliest-known recording as a 19-year-old at CFQC AM, Philadelphia’s radio and an early 60s local venue figure prominently on the collection.

Mitchell’s early career got a lot of support in Philadelphia due in large part to folk DJ Gene Shay, who sadly passed away this year from complications from COVID-19. Shay spotted Mitchell’s talent early, and befriended her when she’d perform in the early 60s at venues like the 2nd Fret and the Main Point. As a DJ on his Folklore program on radio station WHAT, Shay would interview Mitchell over the years when she’d perform in town, starting with an appearance on March 12, 1967. In Philly for a week, she appeared on Shay’s show, and she debuted a new song, written only three days before she performed it live on the radio “Both Sides Now.”

There are appearances from three of Mitchell’s interviews and performances with Shay on WHAT on the new box set, including interviews from March 12th and 19th, 1967, and a cover of Neil Young’s “Sugar Mountain,” from her May 28th, 1967 appearance.

In addition to these rare radio sessions, there are two concert performances featured on the box set that were recorded at the 2nd Fret, one of Philly’s premier folk music clubs at the time. Located at 1902 Sansom Street in downtown Philadelphia, the club started in the early 60s and was owned by Manny Rubin, who also owned a more rock oriented venue called The Trauma, located at 21st and Arch Streets.

Mitchell’s sets from the 2nd Fret that are included on The Early Years include portions of shows from November of 1966 and March of 1967, during which she performs “Urge For Going,” “Night In The City,” “Morning Morgantown,” and others.

With just her voice and her guitar these early performers are, simply put, magical, and as awesome as they are, they only hint at the creative and influential force Mitchell would become.

Can you imagine what it would have been like hearing Joni Mitchell perform a “new song” – “Both Sides Now” – on the radio when it actually happened? Now thanks to the incredible collection of songs from Mitchell’s archives, you can listen to Mitchell’s first-ever performance of “Both Sides Now” on the radio with Gene Shay on WHAT in 1967. Be sure to stick through to the end of the song to hear Shay’s back and forth with her.