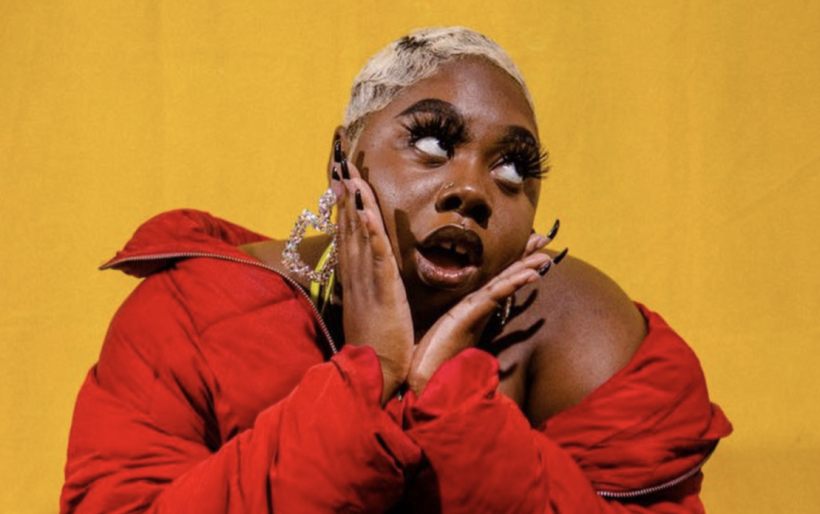 NYC-rooted, Philly-based artist Leeyuh Neptune lives up to her name in her other-worldly, cosmic musical soundscapes. She sometimes goes by the “Galactic Cloud Mermaid,” and Neptune’s style and character are spirited and bright, and her latest track “WRLD TOUR” is an upbeat first installment to her upcoming album Nedarah.

“WRLD TOUR” has a commanding effect on listeners with its drowned-out, distorted beat — with synthesizers suggesting steel drums. The song also highlights Neptune’s lost-in-space vocal style, which is awash in echo but rings with clarity. On moments like the “Make me feel like the world is ours” lyric in the chorus, the duality really pops, as her voice sits isolated in front of a subtle beat.

Neptune told The Key that the R&B / pop track is “guaranteed to make you dance and smile.” She added, “With its 80s nostalgia and new-age melodic changes, it’s something new and colorful to bring some positivity into the atmosphere during these dark trying times we are facing as a country.“

Perseus, Neptune’s 2018 EP, showcases her voice in a heavily R&B infused sound. “WRLD TOUR,” is a slight departure from the project’s soulful and calming aura, and places her firmly on the dance floor — drawing on her ethereal qualities while adding commanding poppy touches to her sound.

Nedarah is set to release in the Spring of 2021. The record is produced by Leeyuh Neptune, engineered by Daniel Murillo, and adds an “intoxicating feature” from Neptune’s self-described partner in crime and rising star AnnonXL. Last year, Neptune added supporting vocals to AnnonXL’s live session with The Key, which you can check out here. Listen to “WRLD TOUR” below.