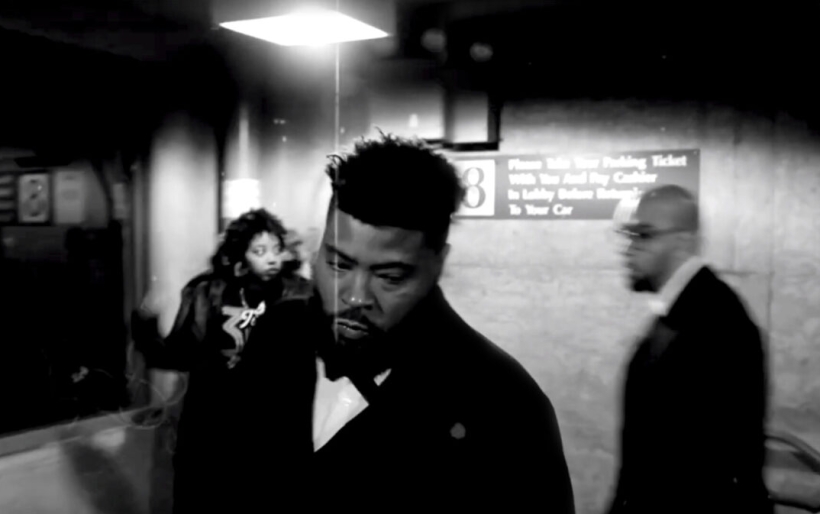 Veteran Philly rapper Reef the Lost Cauze has teamed up with longtime friend and collaborator Haj of Dumhi for a somewhat seasonal project called The Airing of Grievances. The digital EP drops on Black Friday, the limited edition CDs will be arriving just in time for Festivus, and this week Reef shared a teaser video for the project.

“Brother Mouzone” struts to an ominous surf guitar lick and a midtempo kick-snare beat, recalling golden era production of the late 90s and early 00s. Reef spits bars about the importance of being forthright — “I don’t do subs and I don’t do slights / if one of us is wrong we must prove who’s right” — while rapper Ethel Cee owns the hook, calling out those who “don’t want no smoke and no drama.”

The music video, shot by Caliph-Now on the eighth floor of a downtown parking garage, exudes film noir moodiness: it’s saturated in deep black and white tones, with Reef and Haj clad in sharp tuxes, and they both take turns with Ethel Cee at stepping to the camera for their chance at a close-up.

Watch below, and pre-order The Airing of Grievancesat Bandcamp.