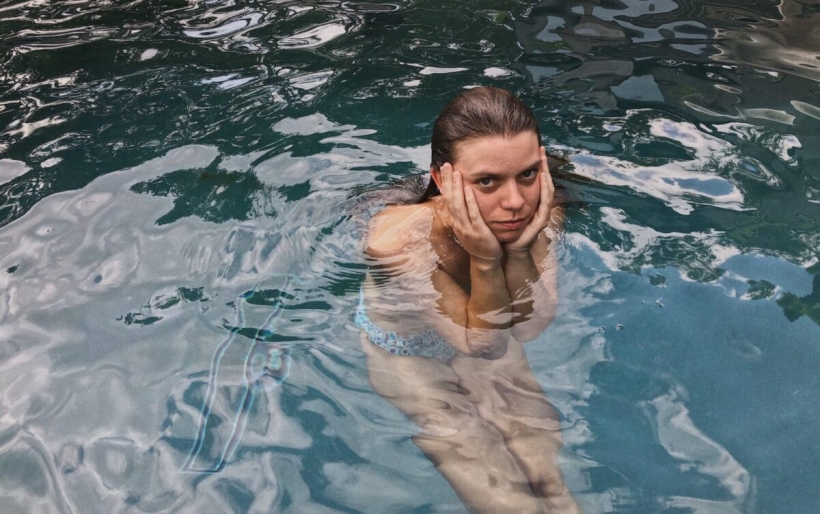 Tomberlin | photo by Blake Stephens | courtesy of the artist

Zach Schwartz has been busy this year. In addition to releasing a new single with Philly indie rock outfit, Spirit of the Beehive, he’s also been working on his solo, glitch-pop project, draag me. Schwartz’s debut album as draag me, i am gambling with my life, arrived in January of this year. His latest effort, out today, is a remix of Tomberlin’s “Hours,” from her latest EP, Projections.

Tomberlin, real name Sarah Beth Tomberlin, released Projections in October of this year, boasting a co-production credit from Philly singer/songwriter/guitarist Alex G. Tomberlin’s original version of “Hours” is a devastatingly beautiful ode to a budding relationship, with warm instrumentation and ethereal vocals, reminiscent of a Big Thief track. Check out our conversation with Tomberlin and Sam Acchione about the latest project here.

draag me’s flip of the tune chops up and pitch shifts Tomberlin’s vocals, and adds off-beat trap production. The track maintains its intimacy despite the electronic production added; Tomberlin’s tender lyrics are still at the forefront of this new take. The end result of the collaboration feels natural, and the two artists are obviously invested in each other’s work.

Tomberlin said that Schwartz and Spirit of the Beehive “makes some of my favorite music,” describing i am gambling with my life as “[mind-blowing].” Schwartz echoed the sentiment: “I was excited to try and work on something out of my wheelhouse stylistically and it’s a great song to begin with. I just reimagined it playing in a club, with chopped up vocals and subs.”

Check out draag me’s remix of Tomberlin’s “Hours” below and grab a download here. Listen to Tomberlin’s latest EP, Projections, here, and draag me’s debut solo album, i am gambling with my life, here.